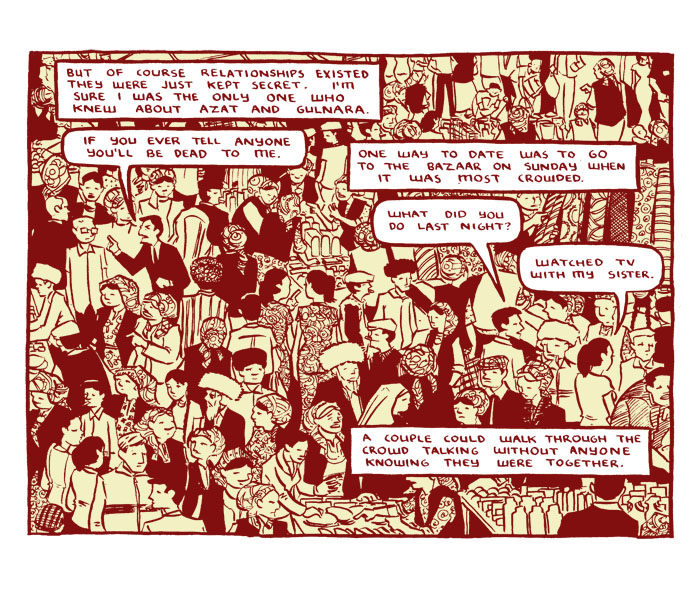 If you wanted to buy anything in Turkmenistan you had to go to the bazaar on Sunday. It was always jam jam jammed packed and you’d have to push your way through the crowd. Which is kind of like SPX, only instead of carpets, car parts and livestock people are looking through piles of comics. SPX also lacks the bartering that takes place in a Turkmen bazaar, though I think it would be awesome if that happened a little bit more. It would be great if slamming your fist, raising your voice and storming off in a mock rage only to return a few moments later were an integral part of buying a mini-comic. At least I think it would cool.

Anyway, SPX was great. I sold a bunch of books, sold and traded a bunch of minis and sold all the prints of comics from my blog that I’d brought along (I really should have brought more of those)(oh well, I’ll know for next time).

But I think the best thing about SPX was that I finally had copies of Joe and Azat and instead of talking about it I could actually put it in people’s hands.