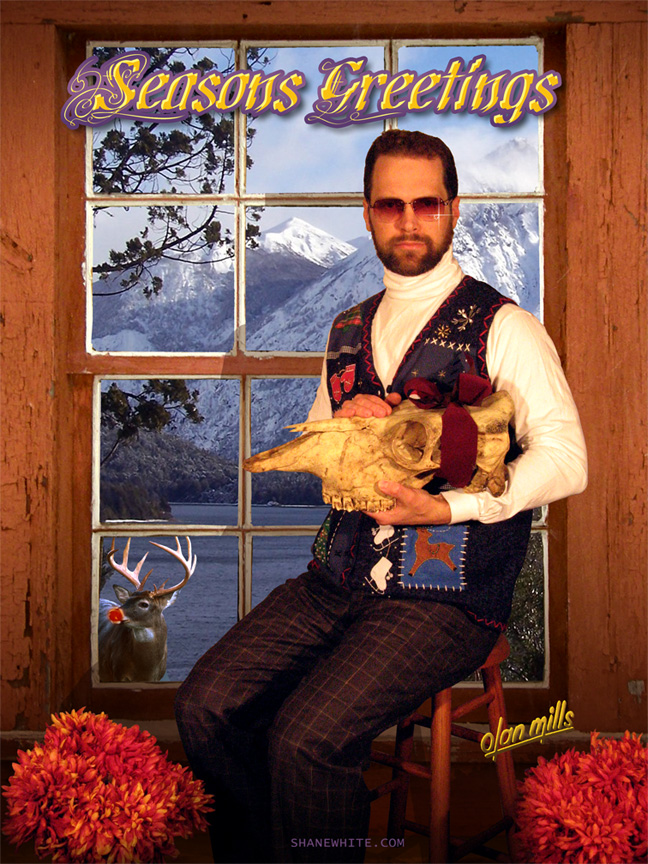 The undead have as much use as the dead. My Dad was kind enough to mail me a cow’s skull that he came across in a field. At least that’s where he said he found it.

Often when I was younger I’d wander into the woods for hours and would eventually come upon a grisly horror of emaciated cow or horse parts. Your senses come alive when viewing death, alone, in the wilderness. Sometimes the animals would just die of old age or maybe from starvation as a woodchuck hole would break an animal’s leg and they would not be discovered until it was too late. Or coy dogs (which were wild feral animals that ran around in packs like coyotes or wolves tearing down slow prey) would cross their paths and instinctively rip them apart eating very little and leaving the rest for crows and flies.

So why do I bring all this up? I don’t know…but like I said the dead have their use either as a metaphor or as an adornment for creative endeavors. Such as…