Curious about the book but don’t want to spend 17 bucks on it?

Now you have a chance of winning a free SIGNED COPY! All you have to do is enter the GiveAway on Goodreads.com. Which is a nice site to be on anyway when you’re a book lover, so it’s win-win no matter what. 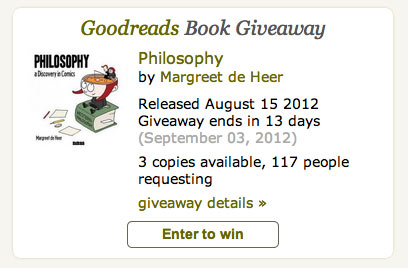