If Jack Kirby were still alive he would have turned 95 on August 28th. Is there anything in the history of mainstream comics that emerged unshaped by Jack Kirby? He put his stamp on superheroes in the 1940s with his dynamic artwork. He and Joe Simon created the Romance genre in the 1950s, and in the 1960s he reinvented the hero concept by co-creating the great majority of Marvel heroes, many of whom have exploded onto the big screen in the last 2 decades.
The original intention of ‘The Graphic Novel’ was to present a complete story betweens a back & front cover appealing to readers who might not otherwise be interested in comic book stories. These were book like products as opposed to collections of several issues of an ongoing serial. Kirby, through his staggering ability, was almost single-handedly, was responsible for the parade of monthly issues coming from Marvel in the 1960s, so his work at Marvel did not relate to the emerging graphic novel form.
But an argument should be made that his DC work in the 1970s was serious and did attempt whole stories. His Fourth World series, including The New Gods, Mister Miracle, and The Forever People, told an interwoven story of gods and super powered beings and was played out on a galactic stage, and because the characters were more mythic than most superheroes, the stories held appeal for audiences outside of comic book stores. Unlike previous Kirby creations, Captain America, and The Fantastic Four, for example, Kirby edited, wrote and drew his Fourth World stories. As a result, readers got Kirby for the first time unfiltered. Kirby’s Fourth World ran from 1970-73. The series was revived briefly in the 1980s, and culminated in the 1985 graphic novel The Hunger Dogs. He didn’t produce a lot of graphic novels but Kirby had a hand in the development of the form. 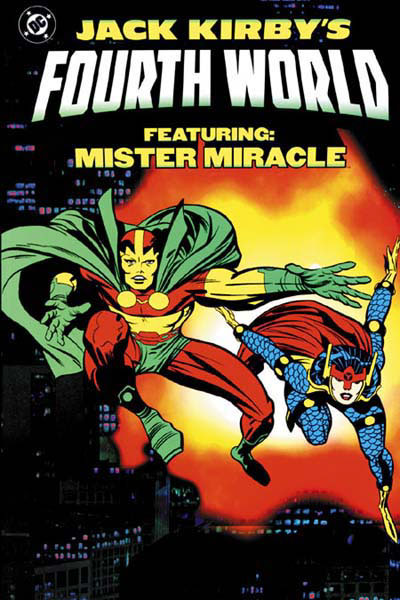 To learn more about the history of the graphic novel, read my book, Faster than a Speeding Bullet: the Rise of the Graphic Novel, coming out in October.