In the 1980s comics began to recognize that a long form comic’s story had potential, based in part on Eisner’s Contract with God & Jules Feiffer’s Tantrum. Various names for this longer comics story form were thrown around. Among them “Sequential Narrative” and “Picture Novella” gained some weight but the term that stuck was “Graphic Novel.”
The 1980s was also a time when Independent publishing flourished. One of the first big hits was Wendy & Richard Pini’s fantasy ElfQuest, which mixed Native American lore with fantasy tropes. Another was Dave Sim’s Cerebus, which began as a parody of Conan the Barbarian but then evolved into an ongoing storyline in its own right. 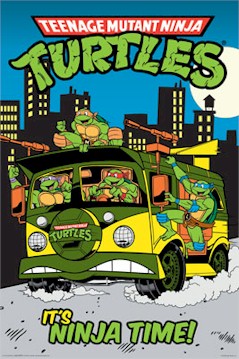 Possibly the independent hit of this period was The Teenage Mutant Ninja Turtles by Kevin Eastman & Peter Laird. Initially a parody of the ninja craze and a tribute to the work of Frank Miller, the Turtles charmed the country, and the black and white book originally financed by a family member became a sensation. In a fairly short time the turtles were everywhere, on school lunch boxes, on clothing, & on stationary.
Other cartoonists watched the success of the Turtles & saw possibilities. Soon the comic book market was running over with self published work. Some experienced success, but only the Turtles broke the dam between the comic book readership & the wider world of popular culture.

To learn more about the history of the graphic novel, read my book, Faster than a Speeding Bullet: the Rise of the Graphic Novel, available in October