This Saturday is 24 Hour Comics Day! Comic artists all over the world will attempt to create a 24-page comic in as many hours. It’s a great event in which I have taken part a few times – the last time in 2008 in comics store Lambiek, where I drew this:

This year, I won’t participate because I am sitting in a bookshop window for most of the day. So it will be a sort of mini-24-hour-comics-day for me; a 6-hour-comics-day probably. I’ll draw comics and cartoons for all to see, and sign my books if anyone comes to purchase them. The venu is De Nieuwe Boekhandel, Bos en Lommerweg 227, Amsterdam – if you’re in the neighborhood, come by and wave! 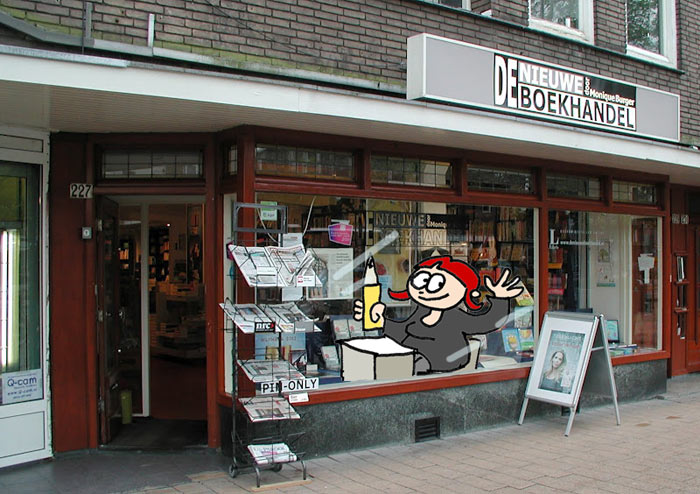