I personally lean towards the latter. My most creative moments are when I’m in the bath tub, where I get the distinct sensation of “windows” opening in my mind, through which ideas are flowing… 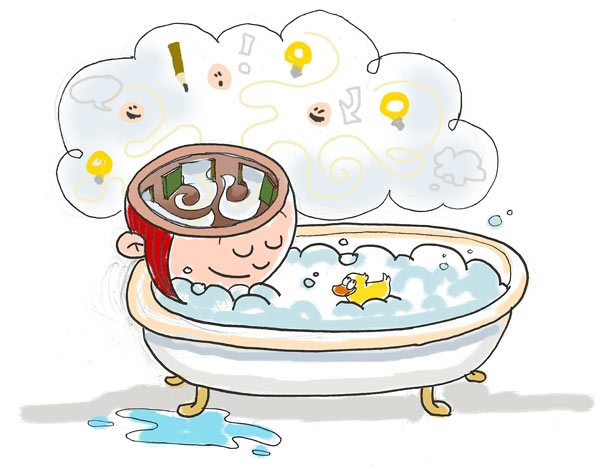 One thought on “Creativity”