As we head into the Holiday season, we’re proud to announce that we’ve sold out of our initial run  of Stan Mack’s Taxes, The Tea Party and Those Those Revolting Rebels and are running low of Margreet de Here’s Psychology: A Discovery in Comics and Hirohiko Araki’s Rohan at the Louvre (which means if you want to give/receive either of those titles, I suggest placing an order soon) 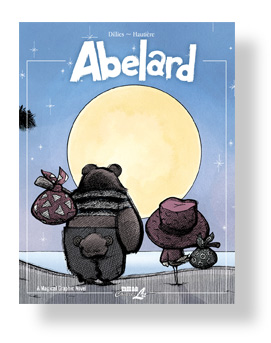 Publisher’s Weekly has listed the book on their Graphic Novel Gift Guide and reviewed the title, saying, “What eventually reveals itself amid the cute animals and dry humor is a poignant tale echoing the plight of early European immigrants, who abandoned everything they knew in search of a better life and nurtured hope even in the worst of situations.”