What I did last weekend? I drew beautiful half-naked ladies in a warm atmosphere of burlesque show and artistic conviviality!

Dr. Sketchy’s Anti-Art School is a life model drawing event bringing together great shows from the burlesque scene and graphic artists, amateurs and professionals alike. It was started by Molly Crabapple in New York, and has spread all over the world into over a hundred branches. When I found out about it, one and a half years ago, I was shocked that Amsterdam had no branch yet, even though there is a very lively burlesque scene here. So I teamed up with burlesque organizer Marco Buschman and we started Dr. Sketchy’s Anti-Art School Amsterdam in September 2011 – it has had eight very succesful sessions so far.

A Dr. Sketchy session is always great fun, with good music, an open bar and a relaxed atmosphere among fellow artists from all kinds of backgrounds: art school students, hobbyists, comic artists; people using pencils, chalk, water colors, and even iPads. The models are all very enthusiastic performers with wonderful outfits, that usually come off in a whirling show, and in between they pose and inspire.

Ever since I got into the burlesque scene I keep being amazed by the talent, creativity and enthusiasm of all participants. They are all driven by such playfulness and open-mindedness, which feels very liberating – which is probably why so many women are involved with it, both performing and in the audience. I like that each performance is a little story, with a specific character and a small narrative that is played out – such as those of Officer Frisky, private investigator Ms Rita Lynch, or the tragic Miss Glitter Painkiller, who finds out onstage that her lover left her for a man! 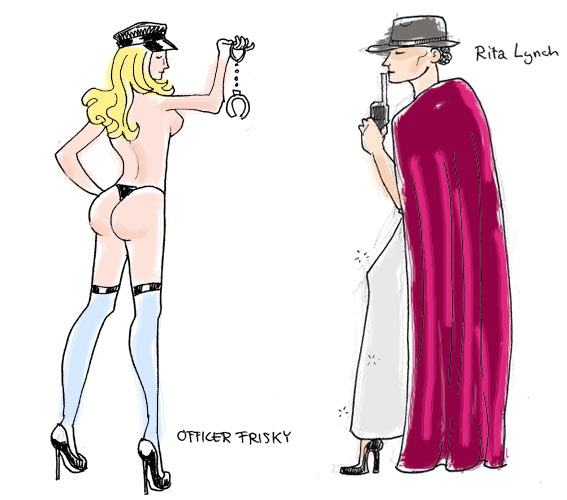 There’s always a Master of Ceremonies to talk the audience through the various acts. Sometimes the MC has an act of his own, like the talented Desmond O’Connor who played the ukulele and regaled us with his own award-winning songs. And then there was The Drip Dry Man and his One Man Beat Revolver, who performed several instruments at the same time!

I have attended a few life model drawing classes in the past – but none of those compare to Dr. Sketchy’s. Well, it wouldn’t be fair to compare, I guess, since the objects of both are so different. Classical model drawing focuses on drawing exactly what you see, getting a grip on the proportions of the human body, learning about stances, all that. Dr. Sketchy’s offers a completely different experience, that appeals to me as a comic artist: I get to draw characters, not mere bodies, and there is no stress on “getting it right” – much more on “having fun with it”.

If this appeals to you, no matter if you are an artist or not, check out the Dr. Sketchy’s site to find out if there’s a branch near you. And if you’re in or near Amsterdam, visit our sessions! 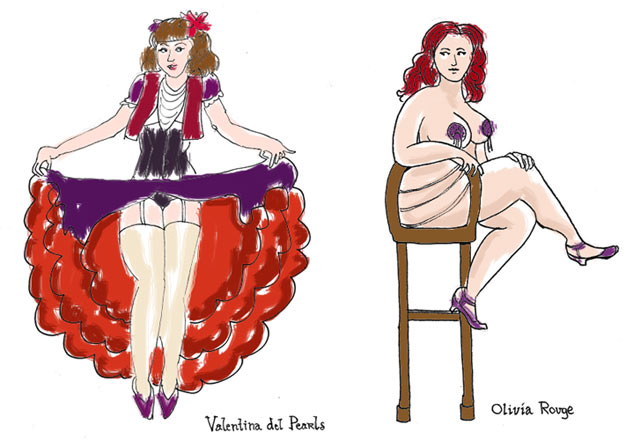