Lately, a friend has joined our little workspace, bringing a whole new discipline in our comics-dominated world: Michiel Mensingh is an old high-school friend of Yiri, and an acclaimed composer of modern classical music.

The new input inspired me to make these cartoons: 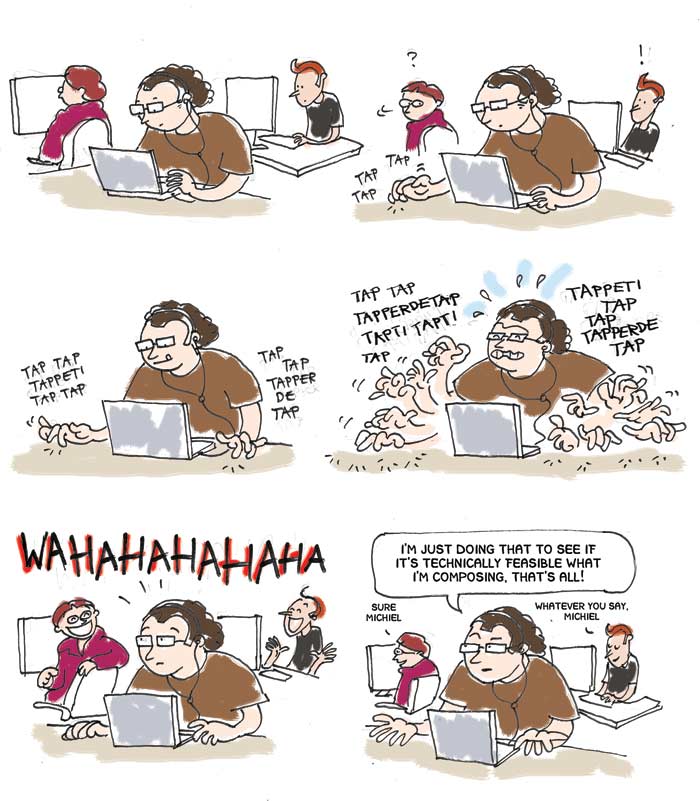 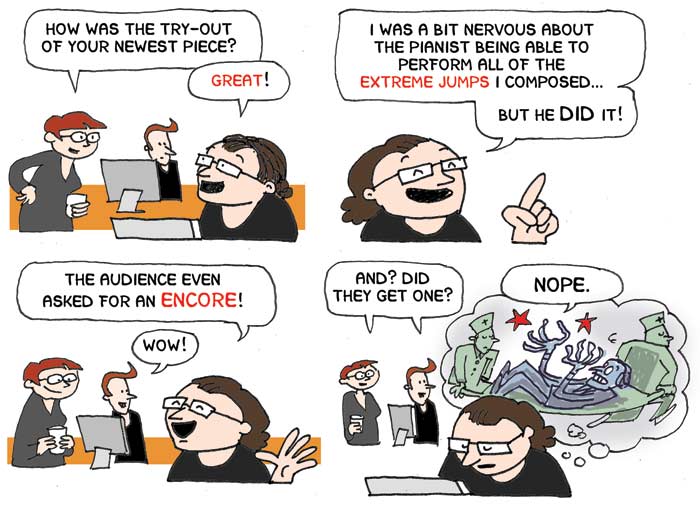 The piece Michiel has been composing will be performed by pianist Laurens de Boer on 22 March 2013. More information here.