If you’re lucky as a comic artist, you get to make a comic for a magazine that appears with some frequency. This allows you to build a world, to flesh out characters, to introduce backgrounds and depths.

If you’re really lucky, your comic runs for a few years and builds a readership. A run of two, three, four years is a really good one in this time when magazines seem to re-style at a disturbing rate. (Unfortunately, the comic is usually the first thing to get changed under a new editor.)

And if you’re really really lucky, you get a chance to revive such a comic, even after years and years, in another magazine.

This is what happened to me with my comic Stella.

Stella appeared in girls’ magazine Flo’ from 2005 to 2008, when the magazine folded. Stella was an eleven-year old, as were the readers, and she was well loved.

Last Summer, I was asked to make a comic for magazine Hoe Overleef Ik, aimed at girls around 15 years old. I asked if I could draw Stella again, this time a little older. The editor was OK, and the readers liked it, and by now I have already made six new adventures for her. 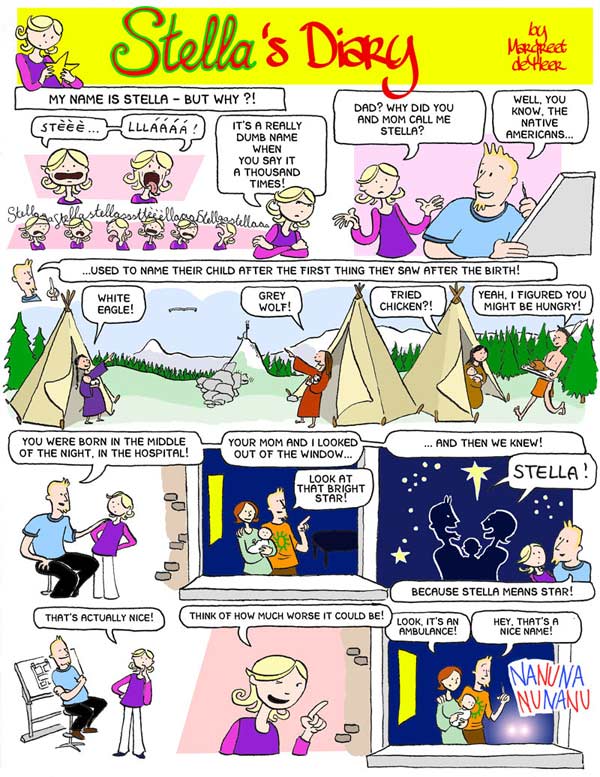 And this is the new Stella, that appeared last Summer: 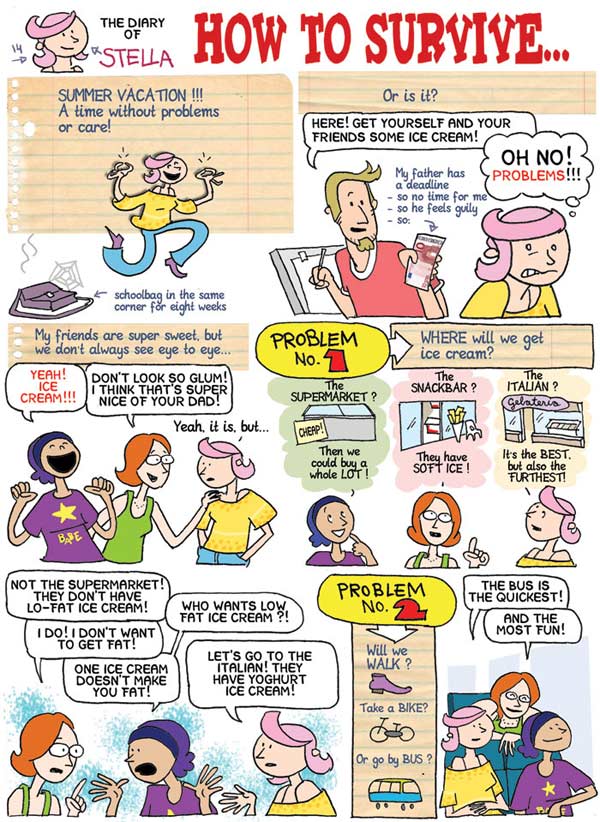 2 thoughts on “The Comeback of Stella”