This week, Science: a Discovery in Comics is going out to the printer in China! A memorable step, after months of translating and proofreading and finetuning. The physical book won’t be in stores until at least August, but for me the hard work is done.

To celebrate, here’s a page from the book. It explains the Scientific Method. In The Netherlands, I heard this page is popular with physics teachers, and a card is in the making that will be distributed in high schools. 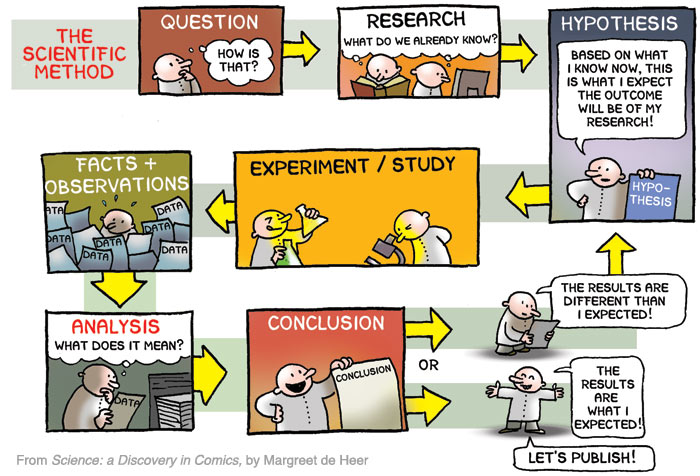 If you’re a teacher (or even if you aren’t) please feel free to use this picture. Just remember there’s a lot more where it came from, which is my book Science: a Discovery in Comics, and it’s coming out this Summer.

The page concludes with the inevitable Aristotle, who also featured of course in my previous book Philosophy: a Discovery in Comics – he’s a pivotal figure in the history of science as well (and basically in the whole of the development of Western culture).