Curious about the upcoming comic book Science: a Discovery in Comics? I made a Facebook page where you can follow its publication, reviews etc. Just click on the picture and then “like” the page. 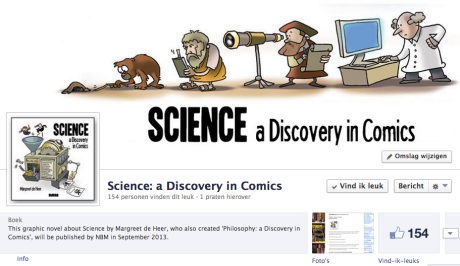 If you’re on GoodReads, you will find a page for the book there as well. When the publication date approaches, I will certainly start a GiveAway there, where you can win signed copies of the book (there’s actually one going on now for the Dutch version, ending 19 June). Stars and reviews are highly appreciated! 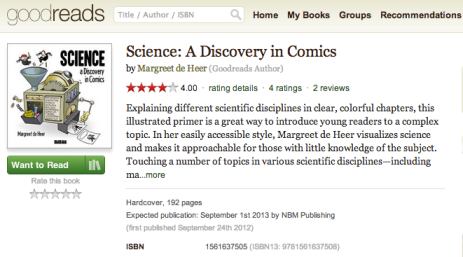