I’m experimenting with animating bits of my comic books. This is a movie I made of the anecdote of Socrates and the Three Sieves, as drawn in Philosophy: a Discovery in Comics – click on the picture to see it move on YouTube: 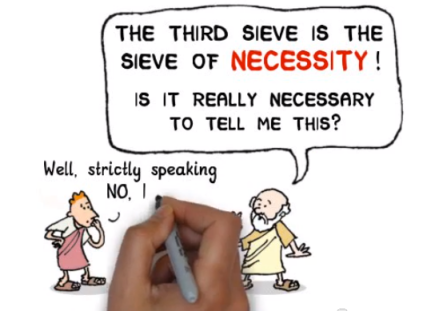