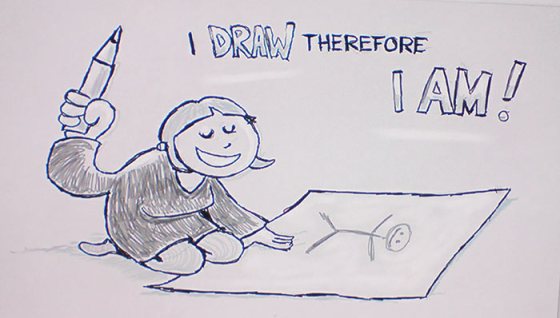 For the holidays I got a Nintendo WiiU – that awesome game device you can use to play all kinds of entertainment directly on your TV screen, or, in this new version, on a beautiful touchscreen pad, which lets you enjoy features such as Art Academy, which is basically a digital drawing set of pencils and crayons. 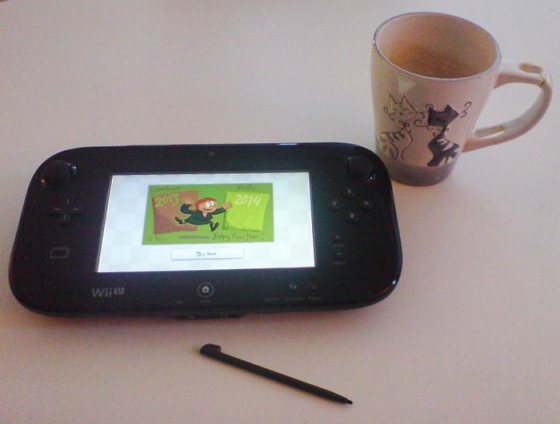 Drawing on this device is remarkably easy. And the fun thing is I could immediately upload my pictures to the so-called MiiVerse, which is sort of like Facebook for Nintendo players. Only they give “Yeahs” instead of “Likes”, which really made me feel like the whole world was cheering me on. It’s a very friendly place, the MiiVerse. Here are some of the doodles I started out with:

Then I realized I could also access the MiiVerse from my Nintendo 3DS XL, which is this device:

I could not run the drawing program on this handheld, but I could use the sketchpad to draw messages and then post them to the Art Academy Community on the MiiVerse. It looks rather crude, just black and white pixels, but I found this sketchpad to be pretty workable, giving nice “loose” results. Here are some of the sketches I started out with:

This became addictive pretty quick. Soon I was sketching a “status update” every minute and posting them to the MiiVerse:

Yiri is trying it out as well. He has more experience than me since he often draws on a Wacom Cintiq, a touchscreen computer which he also uses for coloring my comics. Besides, he has a really nice drawing style that lends itself perfectly for these kinds of experiments:

Yes, then the holidays hit. As well as a new wave of drawings:

And this is the last one I drew yesterday. It already has 23 Yeahs! Yay!