Today it is exactly 99 years ago that the United States House of Representatives rejected an amendment to give women the right to vote. A representative of Ohio illuminated his position by explaining: “The women of this smart capital are beautiful. Their beauty is disturbing to business; their feet are beautiful; their ankles are beautiful, but here I must pause — for they are not interested in the state.”

The idea that women belong exclusively to the realm of beauty, bearing and raising children and running households, kept females out of important jobs for ages. The same goed for the realm of science. Fortunately there have always been women who were lucky, intelligent and stubborn enough to make themselves heard and make significant contributions.

In my book Science: a Discovery in Comics, I highlighted some of these women in their historical context: 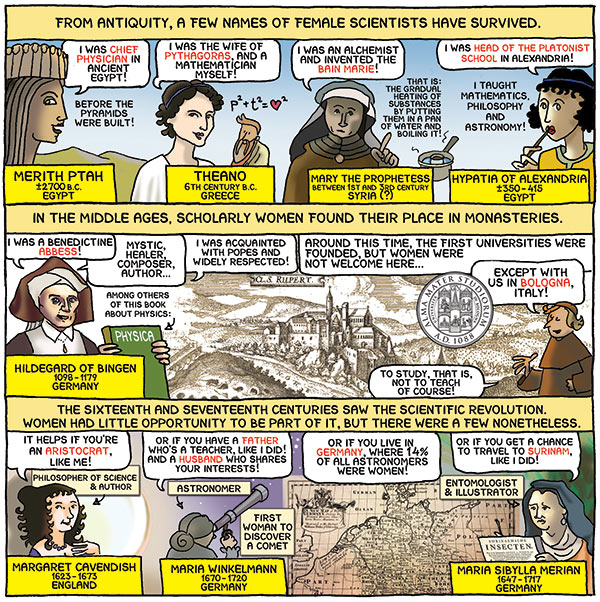 One thought on “Women in Science”