Well, we’re almost there. It’s been a bit since I updated the blog  with news that Family Ties was delayed, but I’m excited to say that we are almost there. Noel has finished with the artwork and our letterer, Jaymes Reed, is making his pass over things now.

I’ll be stopping in occasionally to remind everyone why we’re so excited for this follow-up to The Broadcast. Until then, I thought I’d offer proof that we’re about to cross the finish line: the book’s final page. It’s spoiler free (as spoiler free as an adaptation of Shakespeare can get, anyway). That said, there was a time when this page seemed a thousand miles away so it’s kinda nice to see. Not to mention, gorgeous. I think everyone is going to love what Noel did with this book. It’s the best work I’ve ever seen with him — but, of course, I’m a little biased. 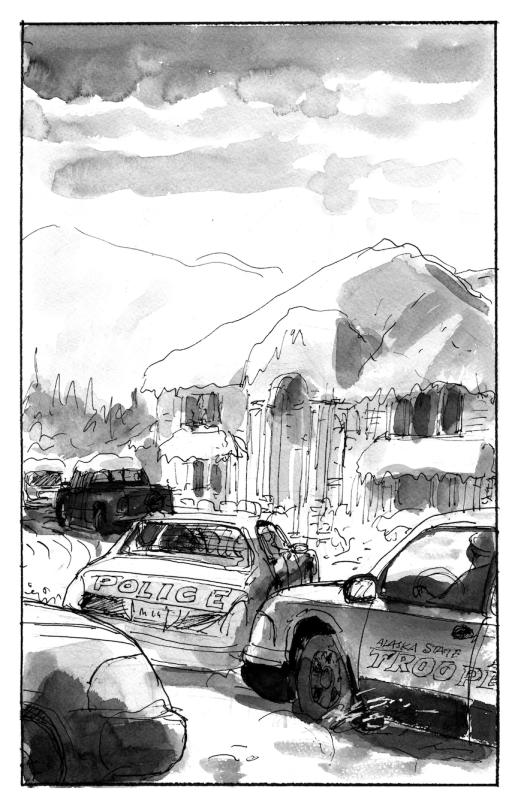 FAMILY TIES is an Alaskan Crime Drama. Hoping to secure a future for his children, an aging Alaskan crime boss looks to retire and divide his empire amongst his three heirs. But when his idealistic son refuses the inheritance, the old man disowns him. This turns out to be a fatal mistake when he sees his cold-blooded daughters use their new-found power and influence against him. Inspired by the classic play KING LEAR, THE GODFATHER meets Shakespearean tragedy in this epic tale of betrayal and loss.