Obviously any drama that’s focused on a the members of a crime family is going to be influenced by The Godfather. The Godfather is one of richest stories to ever be told so it only makes sense that I drew on my love for those movies when writing Family Ties.

One of the most memorable scenes in The Godfather is the wedding that opens the first movie. Most the people at the wedding  have no idea Don Corleone is conducting “family business” in his office. As a kid, I thought is was great that that was going on right under everyone’s nose and jumped at an opportunity to include something similar in Family Ties.

Here’s a brief scene from the new book where Jackie’s daughters announce they don’t really feel there’s room for their father to contribute to the family business anymore. While the wedding scene in The Godfather was just the beginning, this scene in Family Ties is pretty much the beginning of the end… 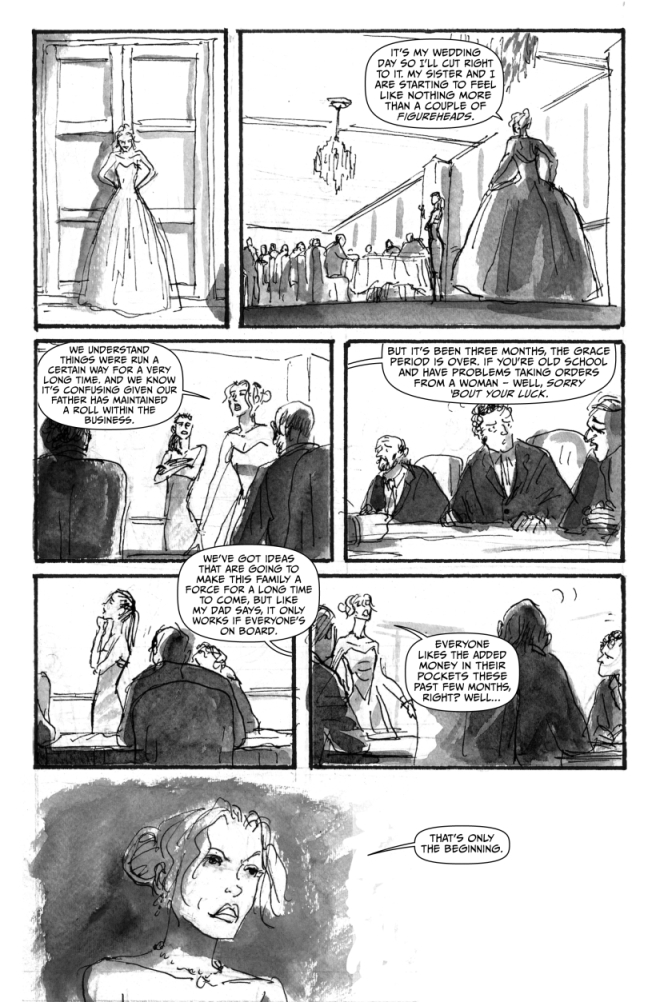 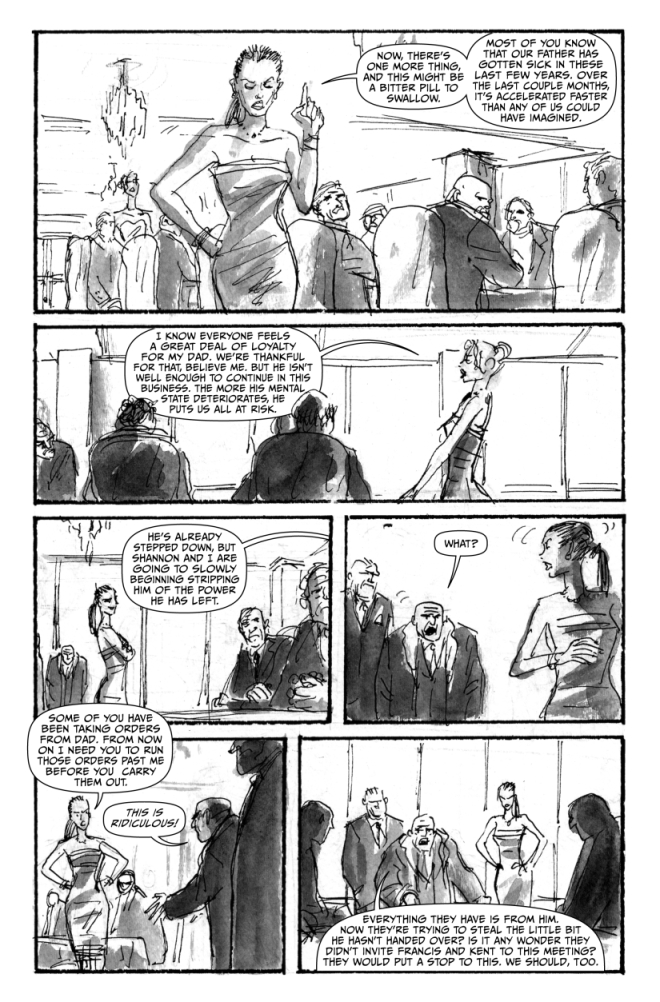 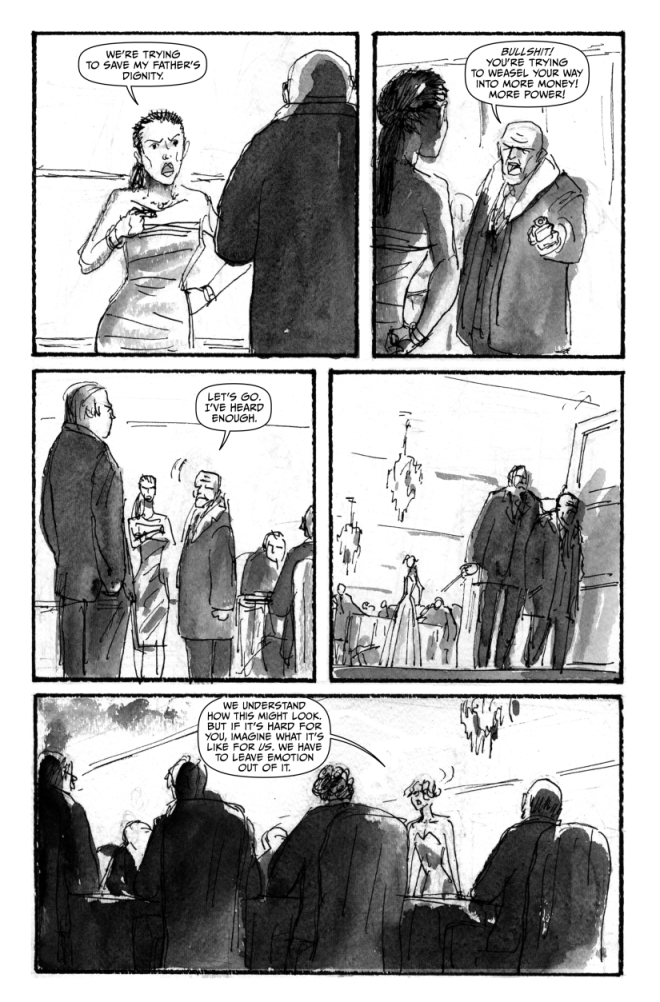 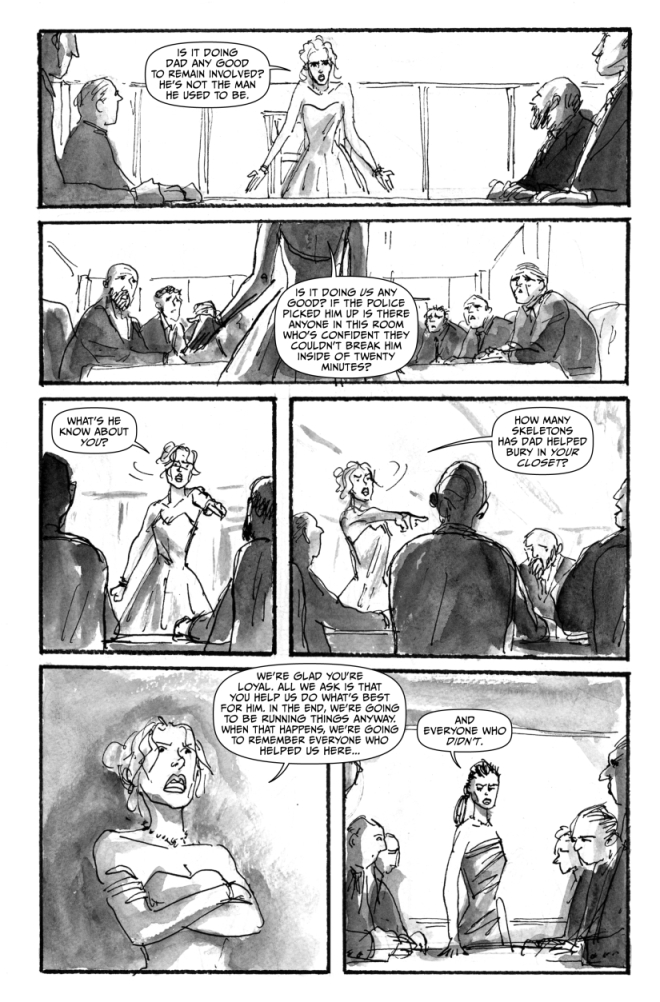 By Eric Hobbs and Noel Tuazon

Hoping to secure a future for his children, an aging Alaskan crime boss looks to retire and divide his empire amongst his three heirs. But when his idealistic son refuses the inheritance, the old man disowns him. This turns out to be a fatal mistake when he sees his cold-blooded daughters use their new-found power and influence against him. Inspired by the classic play KING LEAR, THE GODFATHER meets Shakespearean tragedy in this epic tale of betrayal and loss.