Since 2010 I got to make comics for student magazine H/Link, periodical of the The Hague University of Applied Sciences. Alas, the paper is folding now – the magazine will continue in cyberspace, but no longer with my comic.

So it’s time to look back at four years of student life and the woes and fortunes of Fenneke, Dave, Fatima, George and their teacher Johan.

This was the first comic, which appeared in the autumn of 2010:

Student Dave was the most carefree of the lot – he devoted most of his time to his sports:

While Fatima tended to be daunted a bit by the demands of the educational system:

Fenneke and international student George found out they had special interest in each other (this strip I have posted earlier this year in my Valentine blog):

And their somewhat disillusioned teacher Johan struggled through classes as well:

It was great fun to come up with new stories for this cast, and often the editor of H/Link tipped me on issues that were going at school.

Such as communication troubles at the helpdesk: 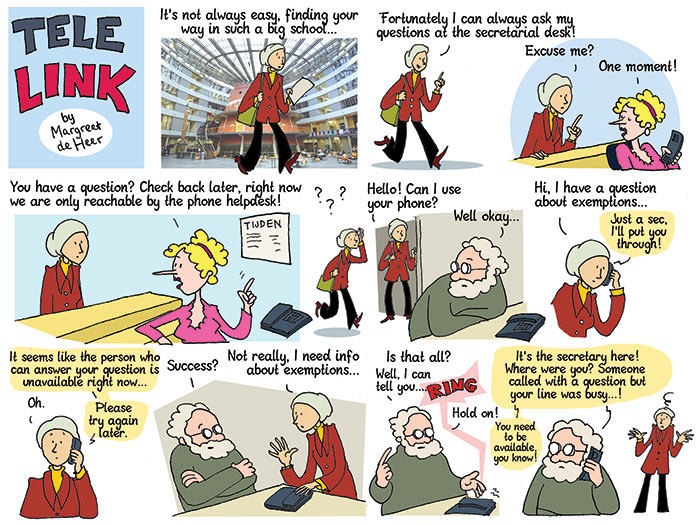 The installation of new printers and the influx of new students after another school had been discredited: 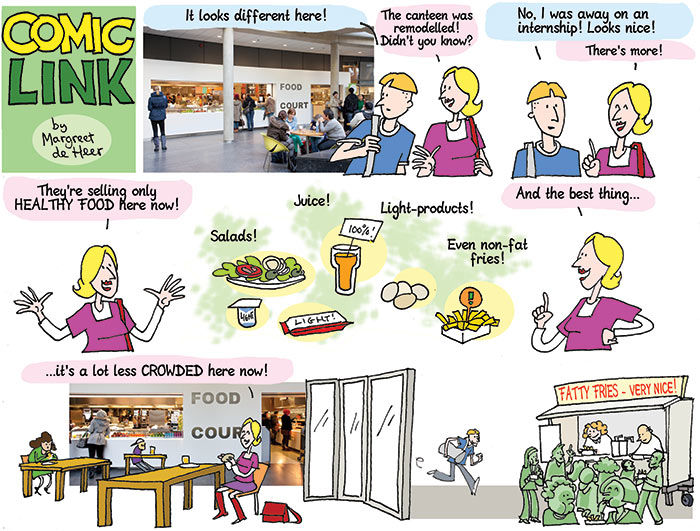 The scandal of the USB-fraud: 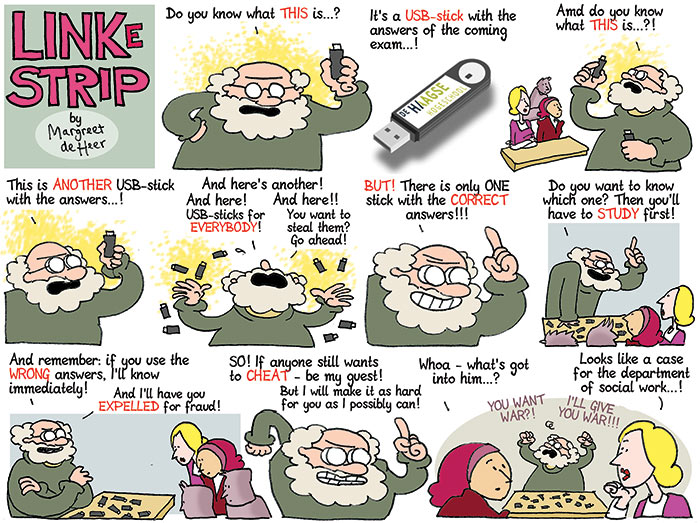 And the evacuation after a power outage: 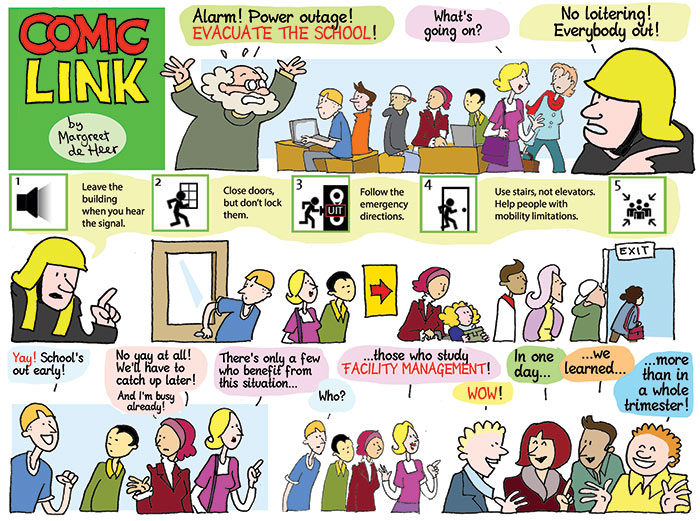 The cast grew into older years and welcomed new students:

And even George adapted nicely to this foreign environment:

It’s kind of fitting that the strip ran for four years, just as long as their studies would have taken them. So I ended the run of the H/Link-strip with their graduation and farewell: 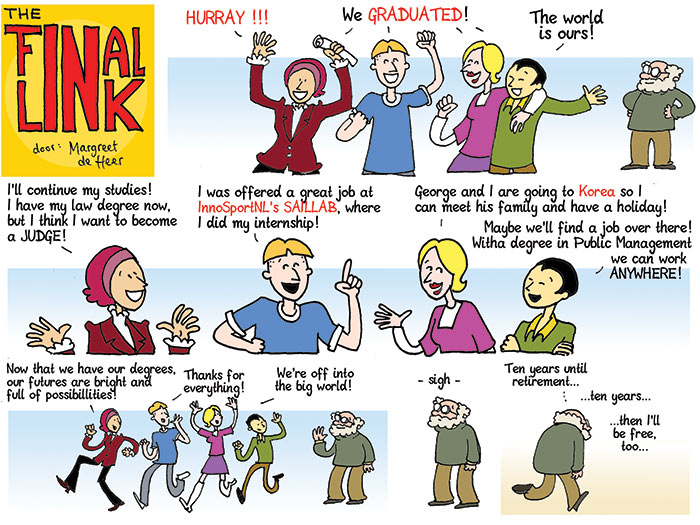 Thanks H/Link and The Hague University! It has been a pleasure. And goodbye for now, Fenneke, Dave, George, Fatima and Johan! Who knows, they’ll pop up in another incarnation some day…

…and yes, that last panel is a hommage to Calvin & Hobbes character Miss Wormwood: 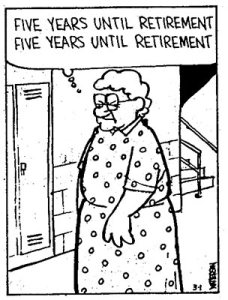