Here’s the continuation of a bit of Dutch history in comics – the story of Holland’s first King, William I.

This was probably his lowest point: exiled from The Netherlands, having to negotiate with Napoleon and England for a bit of compensation of his losses… 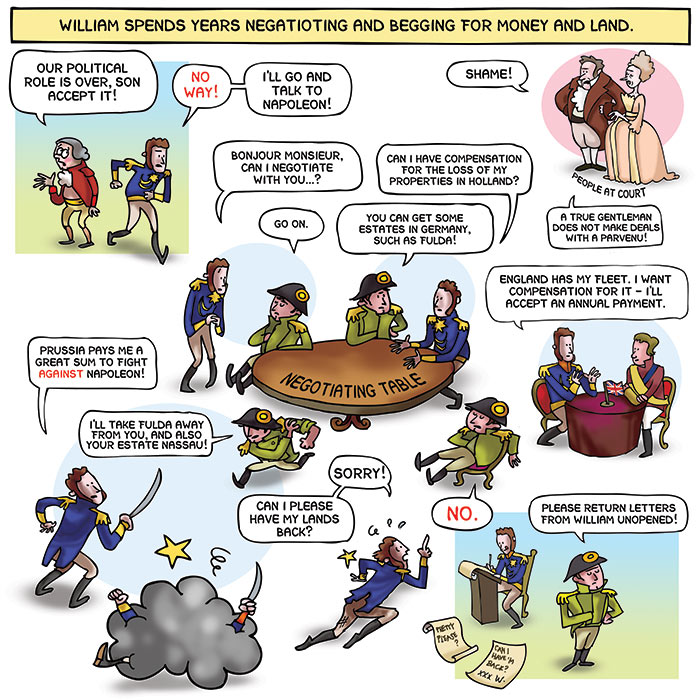