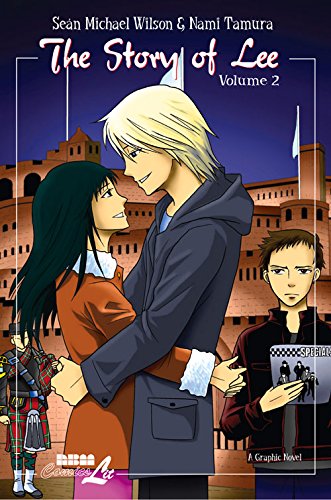 At last, after a few hurdles, we are close to finishing the second volume in our series THE STORY OF LEE. Here is the cover and some pages, by the new artists Nami Tamura. Nami has previously worked for Japanese publishers and this is her first book in English. Out in Novemeber this year, and I’m looking forward to it myself!

Finally Lee’s dream comes true, as she moves from her native Hong Kong to her dream location of the United Kingdom (specifically Edinburgh in Scotland, my hometown) and with her dream guy, the handsome Matt. But of course, then comes the reality of being in a new country and actually living together, which might not be so easy, especially as Matt’s best friend, Richard, seems more than a little jealous. This second installment in the Story of Lee series beautifully showcases the complications of romance in a graphic novel format.”