When the idea came up to draw a graphic novel about religion, I figured it would be easy. After all, I’m a relative expert, with loads of study and personal experience on the subject. It seemed a matter of “just getting everything on paper”.

But when I started, I suddenly felt paralyzed. What would people say? Religion is not as neutral as Philosophy or Science – everyone seems to have a passionate opinion about it, good or bad. How was I going to make a book that would not offend, infuriate or upset people?

When I pondered this one night, just before falling asleep (when the best ideas come) I got the image of walking on eggshells – a wonderful visual that would work very well in a comic! It is fun to look at, and in this way I could address my own concerns as well of those of others. 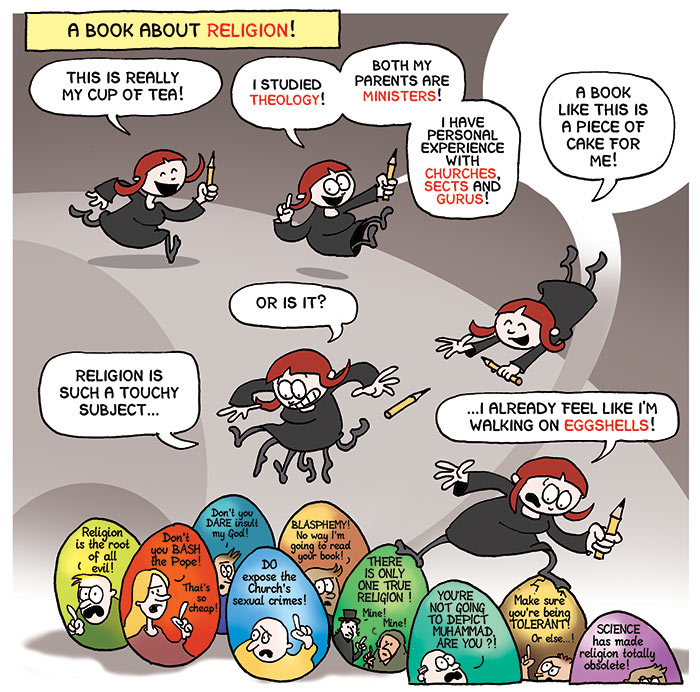 After drawing this, I felt free to find my own voice on the subject. I would draw all the general information on the five main world religions, and also weave in my own “spiritual path”. I sincerely belief that religion is very personal, and we can’t really say anything useful about it without specifying what it means to us personally. 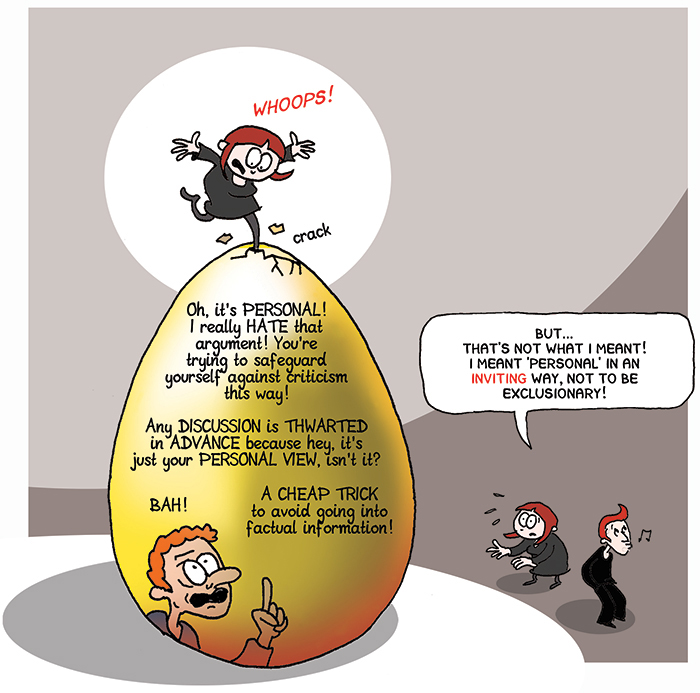 This approach proved to be the key for me – and I happily delved into drawing, less afraid of breaking an occasional egg here and there.

There are eggs breaking on the following subjects:

– treating religion as something “personal”

– treating judaism, christianity and islam as fellow religions, instead of enemies

– the matter of depicting Muhammad in islam

– expressing my sympathies for hinduism

– (lack of) women in religion

Curious about what kind of omelette I made with all these broken eggs…? Find out in September, when the book comes out!