A lot has been said about how Judaism, Christianity and Islam relate to each other and I’m addressing the issue in my upcoming graphic novel Religion: a Discovery in Comics. My angle is the same as that of Gotthold Ephraim Lessing, a German writer who created the play Nathan the Wise in 1779.

Here’s the comic page I made about it: 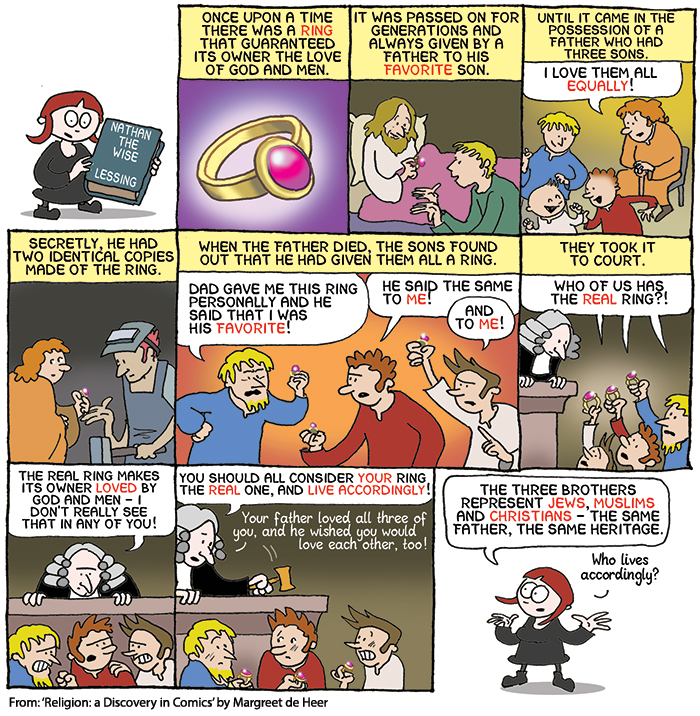