“God” is a word that gets thrown around a lot – but people mean a lot of different things by it.  My personal opinion on the nature of god (or whatever you want to call it), as expressed in my upcoming graphic novel Religion: a Discovery in Comics, is this: 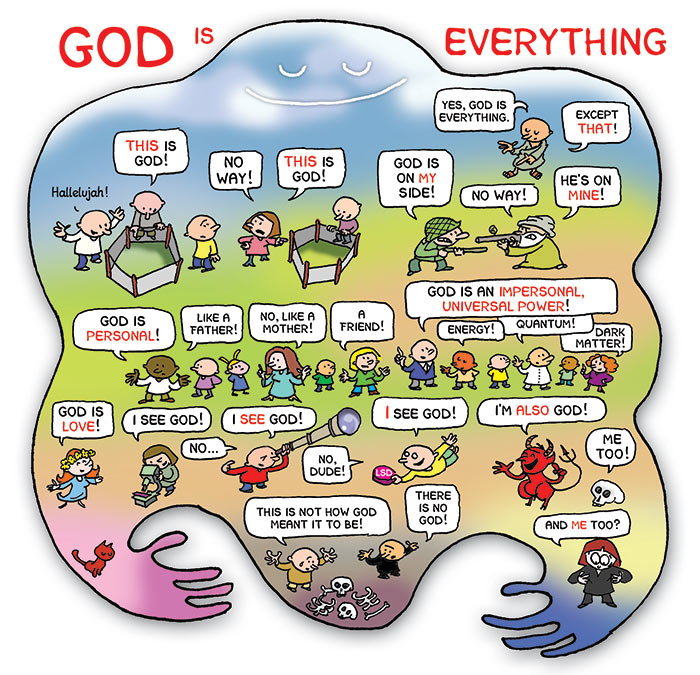 Whether you consider God to be an entity, energy or a concept, you would be limiting Him/It if you would consider him/it anything less than Everything. And that means it encompasses a lot of contradictory viewpoints, which I personally think is very freeing.

Just two more weeks before the book premieres at the Small Press Expo!