This weekend I will be at the Stripdagen in Haarlem, Holland’s most prestigious comics convention! Where to find me? Almost everywhere! 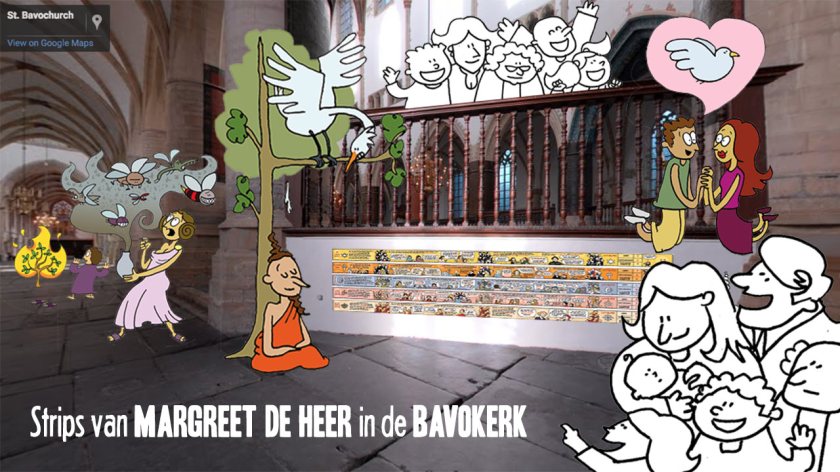 First of all, there’s a big expo of my religion-related comics work in the beautiful St. Bavochurch, right in the middle of town. It features pages from my graphic novel Religion: a Discovery in Comics, but also other work, such as Reverend De Heer and this church window depicting the shared paths of Christianity and Islam, almost 3 meters high! 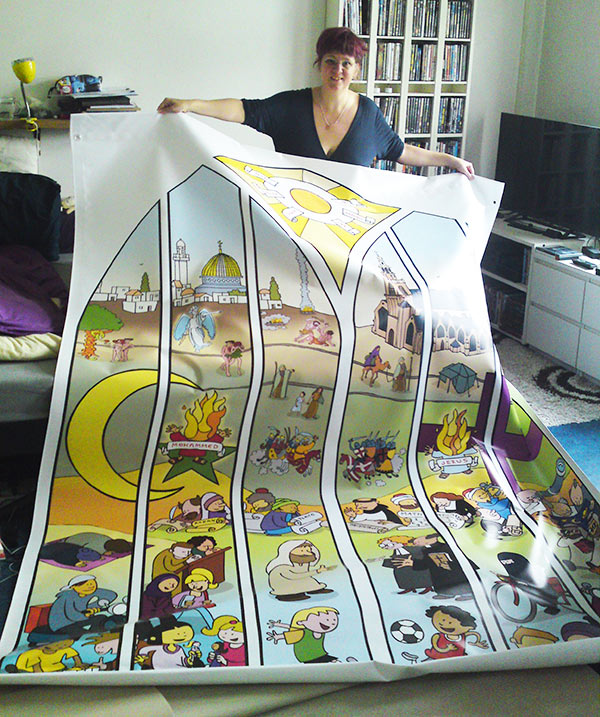 The expo has been up since end of April (and will be on for another two weeks) and has already garnered lovely comments from visitors all over the world: 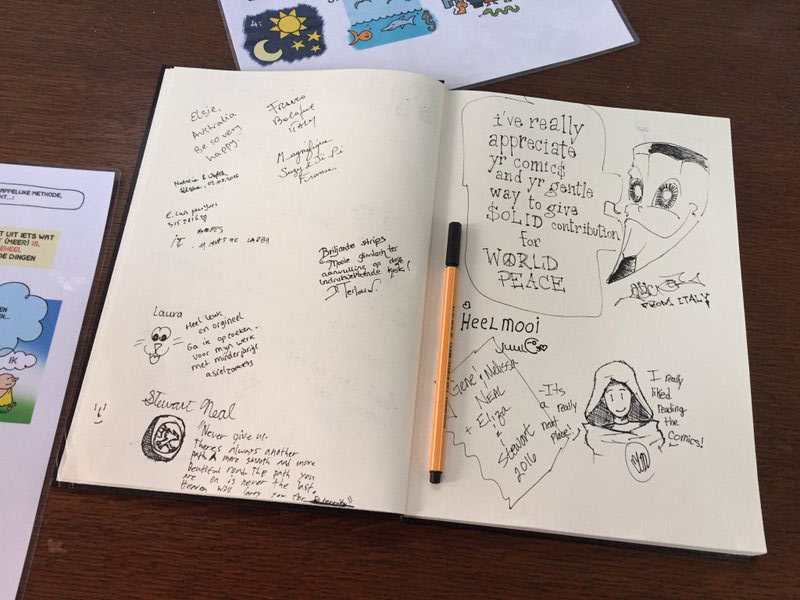 Another place where my work can be found at the Stripdagen, is in De Nieuwe Vide, where the expo ¡VIVA PONTIAC! takes place, about artist Peter Pontiac who passed away last year. I made a comic about it which can be seen in print, and there’s work from my amazing yet humble husband Yiri T. Kohl as well – Yiri was heavily influenced by the work of Pontiac, and even succeeded him as illustrator for magazine Mainline in the 1990s. Here’s an example of his work that can also be found at the expo: 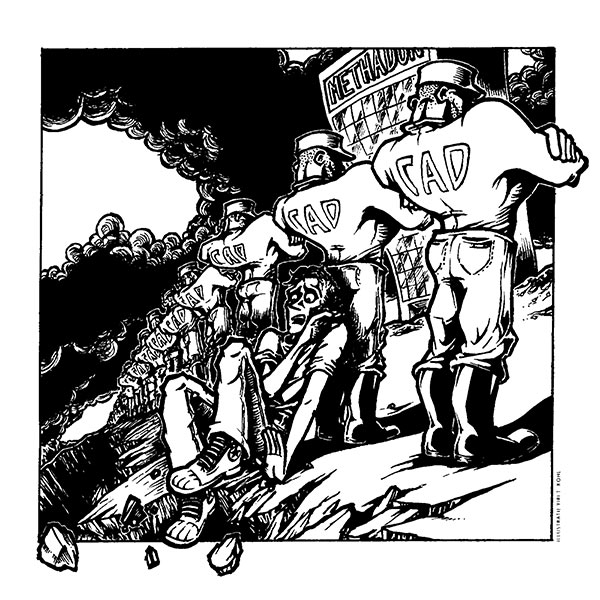 Last week, I got the surprising news that my webcomic has been shortlisted for the Comik Web Award. I didn’t even know I was nominated! In the Philharmonie there’s an expo of all the shortlisted webcomics. To cash in on this exposure I ordered another print run of my webcomics collection, which will be for sale for 5 euros: 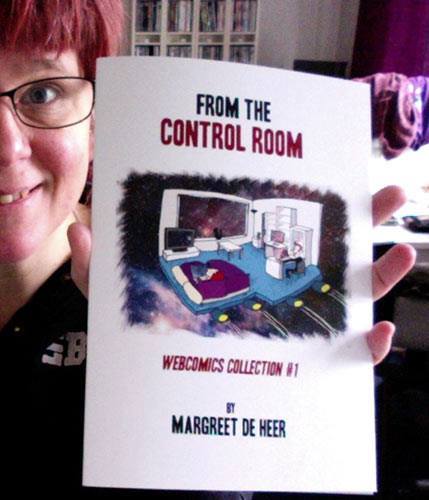 And then, last but not least, I will manifest in the flesh – on both Saturday and Sunday, you can find me at my own table in de Grote Zaal of the Philharmonie, together with Yiri and a bunch of our books: 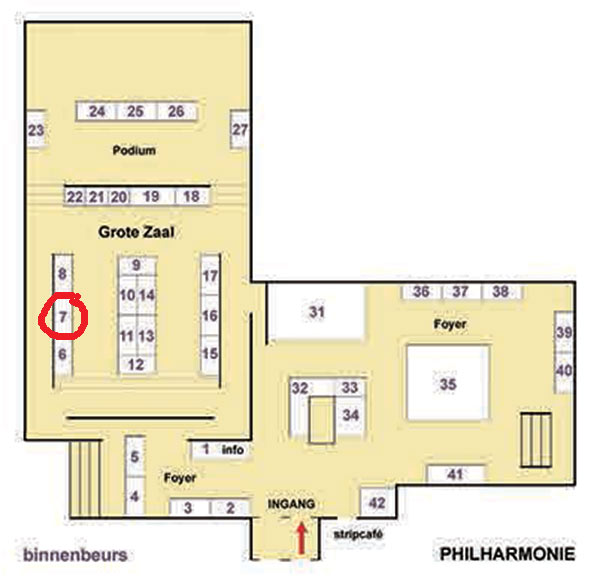 I hope to see some of you there! Come by for freebies and a chat!