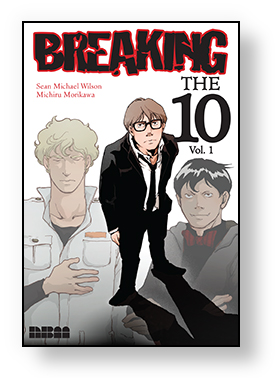 Just finished writing the script for volume 2 of BREAKING THE 10… and I’m pretty happy with it. Pretty and Happy!

This reader reviewer from amazon says:

“I really Love the wit and dark humor twisting within a very deep plot! Our pro/antagonist has such a point to make…I cannot wait for the 2nd Vol.”

Thank you and me too! So, now stage 1 of that second volume is complete.

Here is more from volume 1, in which the characters discuss anarchism, is the usual whimsical way of joker Mr Black! 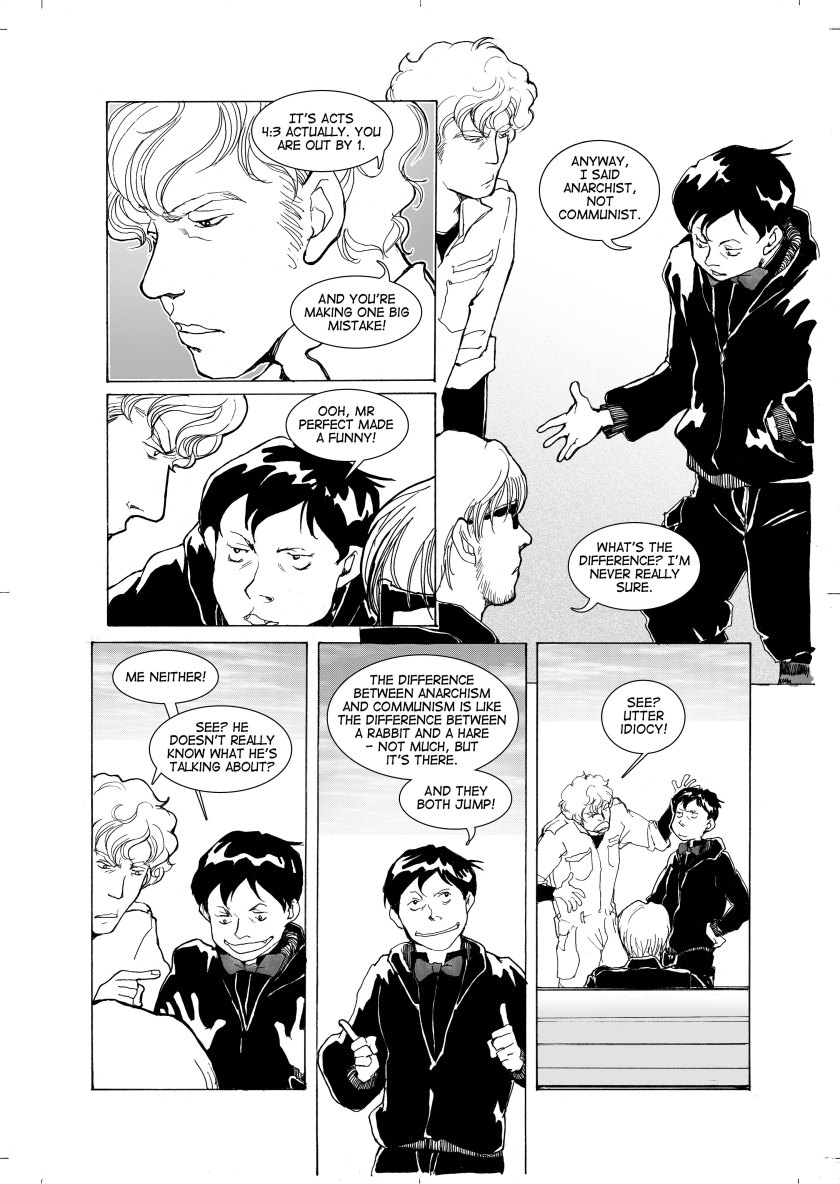