Many best wishes to everyone this Christmas and let’s hope for a New Year with many new chances and opportunities for good. The past year was discomforting in many ways – it even affected my comic character Minnie, who’s usually pretty carefree…

Here’s the New Year’s card Yiri and I have sent out this year – it’s based on a New Year’s card from 1917, exactly 100 years ago! It references voting because that’s what we’re going to do in The Netherlands in a few months. 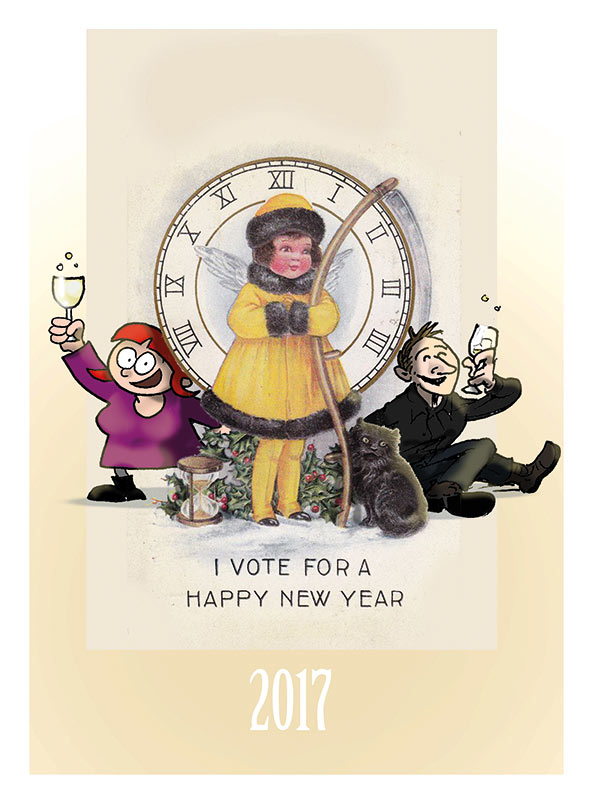 One thought on “Tidings of Comfort and Joy”