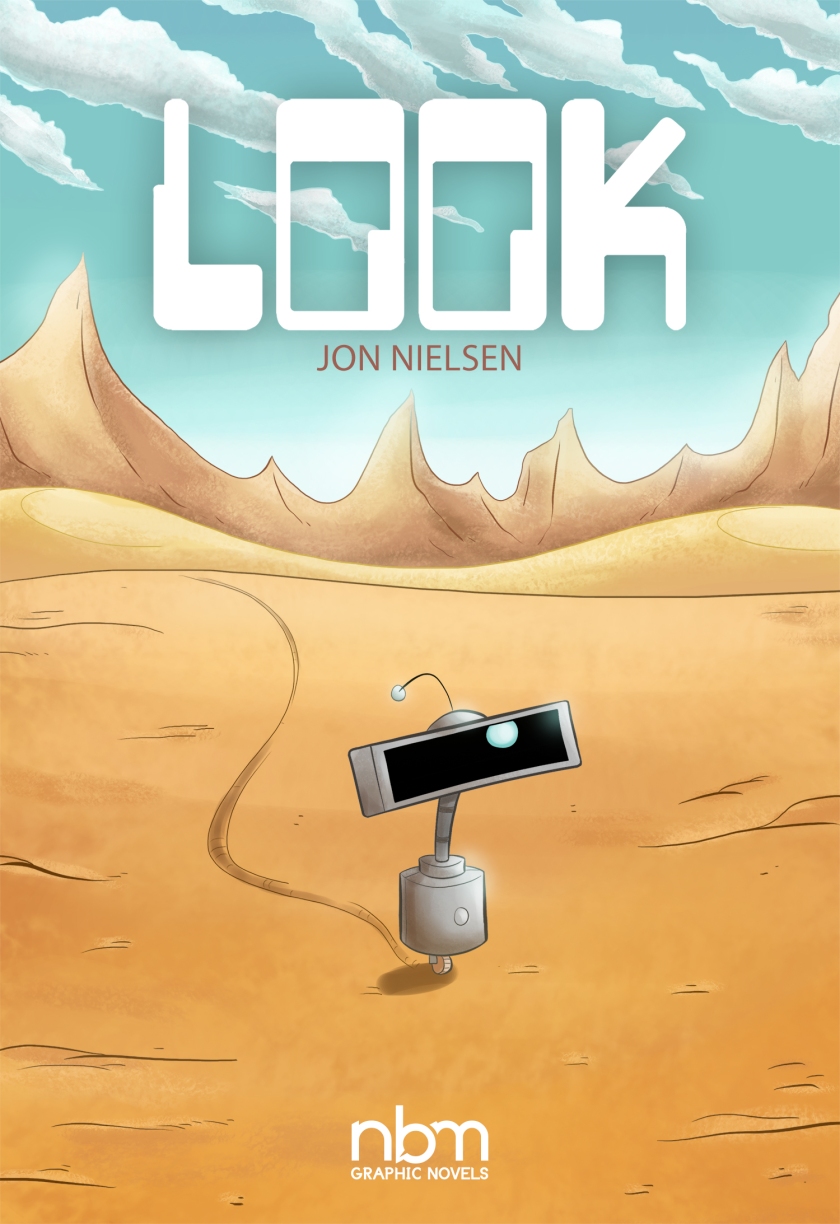 LOOK is about a few things. It’s about a robot, sure, but it’s also about friendship, loneliness, and wanting to feel that sense of belonging. More than any thing else, though it is primarily about a single question. A question our protagonist, Artie, asks himself before the story even starts: “Do I really want to be doing this forever?”

Here’s someone who’s only ever had one job and has been doing that job for countless years. Someone desperate to know if there is more to life than this. Someone who is unhappy with his lot in life and finally builds up the courage to do something about it.

It’s practically a story about a robot having a mid-life crisis.

But instead of buying a sports car and doing whatever else it is that people having a mid-life crisis do, Artie asks questions. He leaves behind the only life he’s ever known in search of truth, and when that truth offers no comfort, he moves on in search of something more.

And that’s what LOOK is really about. Finding the courage to change your life for the better, even if that scares you more than anything. Because, after all, you deserve to be happy.

Even if you’re a robot.

Jon Nielsen is a writer, illustrator, and cartoonist and has been drawing silly pictures and putting them on the internet for about a decade now. His first graphic novel, LOOK, is being released by NBM Publishing on April 1st, 2017. View all posts by Jon Nielsen