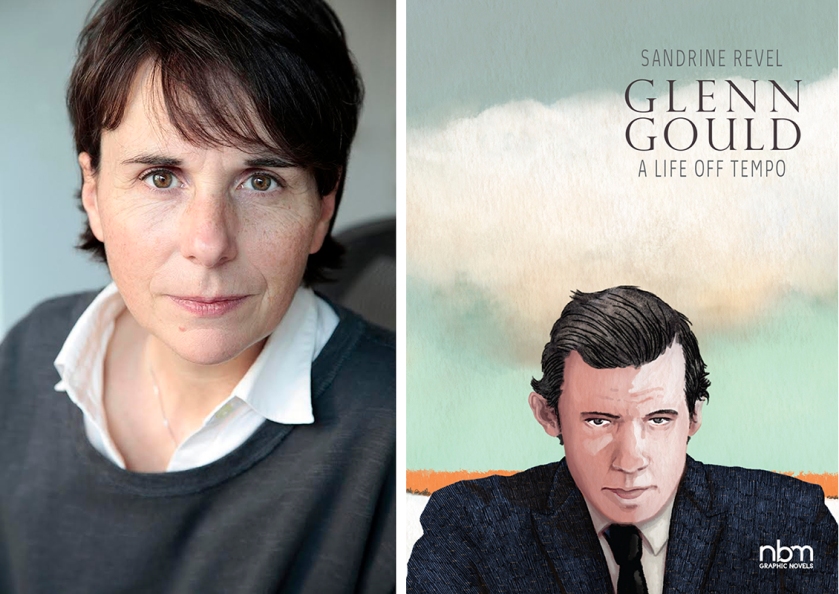 Prolific creator and Angoulême International Comics Festival award winner Sandrine Revel will be making several appearances to support the English release of her book, Glenn Gould: A Life Off Tempo from NBM Graphic Novels.  She previously has won the French Artémisia award which recognizes female comic creators for the French release of Glenn Gould.

Her many stops include the PEN World Voices Festival of International Literature 2017, the Toronto Comics Arts Festival and at the Vancouver Comics Art Festival.

SATURDAY MAY 13, 10 am – “Sound and Vision: Music in Comics,” moderated by Philippe Leblanc at The Pilot (22 Cumberland St.)

SUNDAY MAY 14, 2:45 pm – “Canada 150: Canada at Home and Abroad,” discussion on Canadian national identity through the eyes of comics artists, at Forest Hill Ballroom (Marriott Bloor-Yorkville)

One thought on “Sandrine Revel, Author of ‘Glenn Gould: A Life Off Tempo’, Prepares for North American Tour”