Publisher Terry Nantier will be on hand for the company and he’ll be joined by comics luminaries and they will celebrate through programming and author appearances including:

Sandrine Revel (France), visiting TCAF for the first time in support of her book, the Eisner award nominated Glenn Gould: A Life Off-Tempo.

Rick Geary (USA), author of the historical true-crime series’ A Treasury of Murder… amongst a luminous career of achievements!

Metaphrog (Scotland), the Franco-Scottish duo of Sandra Marrs and John Chalmers have been delighting audiences for decades, through their Louis series, and their beautifully illustrated new children’s fairytales!

In addition, NBM will be premiering their latest book, Billie Holiday by internationally renowned Argentine artists José Muñoz and Carlos Sampayo, featuring Muñoz’ strikingly raw heavy blacks, this is not just a biography but a spell-binding art book tribute. 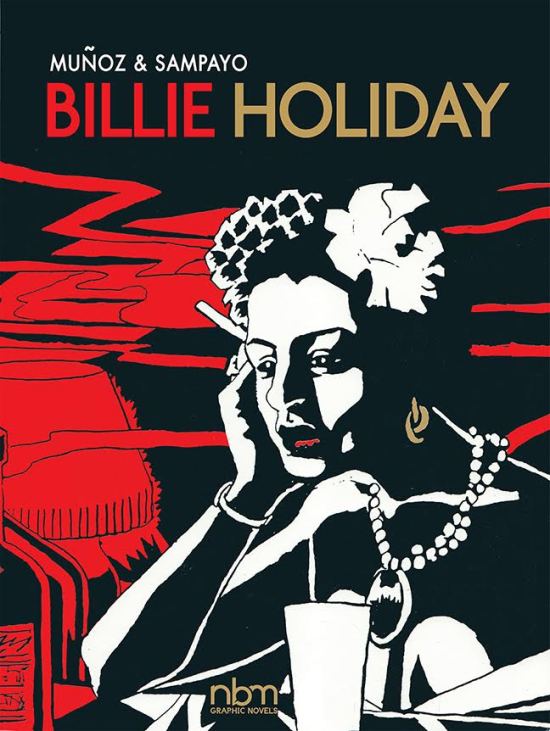 Born in Baltimore in 1915, and dead too early in New York in 1959, Billie Holiday became a legendary jazz singer, even mythical. With her voice even now managing to touch so many people, we follow a reporter on the trail of the artist on behalf of a New York daily. Beyond the public scandals that marred the life of the star (alcohol, drugs, violence…), he seeks to restore the truth, revisiting the memory of Billie. Through this investigation, Muñoz and Sampayo trace, through the undertones of racism, and in the wake of the blues, the slow drift of a singer who expressed the deepest emotions in jazz.

NBM is sponsoring the official TCAF Welcome Party that kicks off on Friday, May 12th at The Pilot Tavern (across the street and around the corner from The Reference Library) at 7:00pm which will provide a wonderful venue for exhibitors, cartoonists and friends of the Festival to celebrate their first night in town.

On Saturday at 1:30 pm, the Hinton Theatre at Toronto Reference Library will host our panel, NBM Publishing 40th Anniversary Celebration!

For 40 years now, NBM Publishing has been at the forefront of publishing smart and sophisticated comics from North America and Europe. Join founder Terry Nantier as he talks about the company’s legacy and impact with Rick Geary (Treasury of 20th Century Murder), Metaphrog (The Little Mermaid), and Larry Hancock & Michael Cherkas (The Silent Invasion).

In addition, our cartoonists will be making appearances at the following panels:

Rick Geary is the author of the famed Treasury of Murder series, which is now up to 18 volumes. His work has appeared in the National Lampoon, Heavy Metal, Dark Horse Comics, MAD, Spy, Rolling Stone, The Los Angeles Times, and American Libraries. His children’s comic Society of Horrors ran in Disney Adventures magazine from 1999 to 2006. He is attending TCAF 2017 in support of his latest collection from NBM Publishing, A Treasury of XX Century Murder Compendium I.

Looking It Up: Cartoonists Doing Research
Saturday May 13, 2:45 PM
Summerhill, Marriott Bloor-Yorkville
Whether making fact or fiction comics, cartoonists must research politics, science, history, and more. What is research and how do cartoonists do it? This panel will explore the ways cartoonists find their facts via methods that include using the internet, journalistic techniques, residency, and personal experience. Panelists: Kriota Willberg, Levi Hastings, Tony Miller, Rick Geary. Moderator: Eva Volin.

Spotlight: Rick Geary
Sunday May 14, 12:00 PM
Summerhill, Marriott Bloor-Yorkville
It seems like Rick Geary’s been making comics about murders for as long as there have been murders! As he releases his latest collection, A Treasury of XX Century Murder Compendium I, Rick sits down with The Beat’s Heidi MacDonald to talk about his career, the changing comics landscape, and if he’s really figured out how to get away with murder.

Sandrine Revel, visiting TCAF for the first time in support of her Eisner nominated book Glenn Gould: A Life Off-Tempo.  Revel is a prolific French creator of graphic novels. She has published more than ten graphic novels in France, as well as a successful line of children’s comics. She’s won an award for her work for young readers at the Angoulême International Comics Festival, and the French Artémisia award, which recognizes female comics creators.

Sound and Vision: Music in Comics
Saturday May 13, 10:00 AM
The Pilot, 22 Cumberland St.
You don’t have to be a composer to read music — Just check out some of your favourite comics! More sights than sounds, creators have been using music to accentuate their comics for many years. But how do they do it?  Panelists: Dave Chisholm, Nick Craine, Eric Kostiuk Williams, Sandrine Revel, Anya Davidson. Moderator: Phillipe Leblanc

Spotlight: Sandrine Revel x Pénélope Bagieu
Sunday May 14, 10:30 AM
Hinton Theatre, Toronto Reference Library
Sandrine Revel and Pénélope Bagieu are two comics start from France, and they both have brand new books out this TCAF! Join them as they discuss music, biographies, and their experiences in the vibrant and controversial world of French publishing.

Canada 150 – Canada at Home and Abroad
Sunday May 14,  2:45pm
Forest Hill Ballroom, Marriott Bloor-Yorkville
As the polarizing celebrations around Canada 150 continue across the country, we sit down with four cartoonists with compelling takes on our national identity. Whether they’re exploring our rural communities (Jeff Lemire), being our eyes abroad (Guy Delisle), interpreting one of our icons (Sandrine Revel), or telling stories that could only be told here (Gengoroh Tagame), one thing that brings these artists together is Canada! 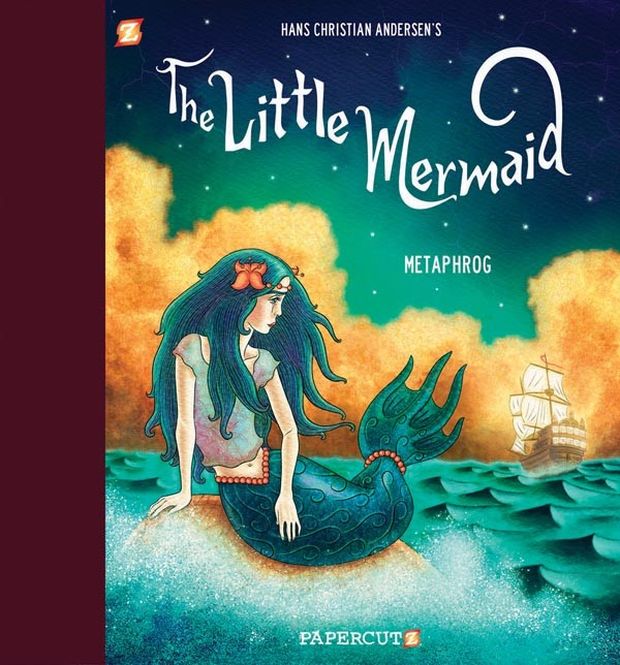 Metaphrog is the Franco-Scottish duo of Sandra Marrs and John Chalmers. Their Louis series has received critical acclaim and multiple award nominations, including three Eisner Awards. They are the winners of The Sunday Herald Scottish Culture Awards 2016 for Best Visual Artist. Metaphrog are attending TCAF to present The Little Mermaid from Papercutz, NBM Publishing’s all-ages line of comics for kids!

Teamwork: Comics and Collaboration
Saturday May 13, 11:00 AM
Learning Centre, Toronto Reference Library
Making comics by yourself can be lonely. But what happens when you do it with a friend? Or if you’re hired to help tell someone else’s story? Working together can be a tricky thing! Join some high profile comics collaborators as they talk about the joys and pitfalls of making comics with another person. Panelists: John Jennings, Nate Powell, Molly Ostertag, Metaphrog, Fanny Britt. Moderator: Erica Friedman.