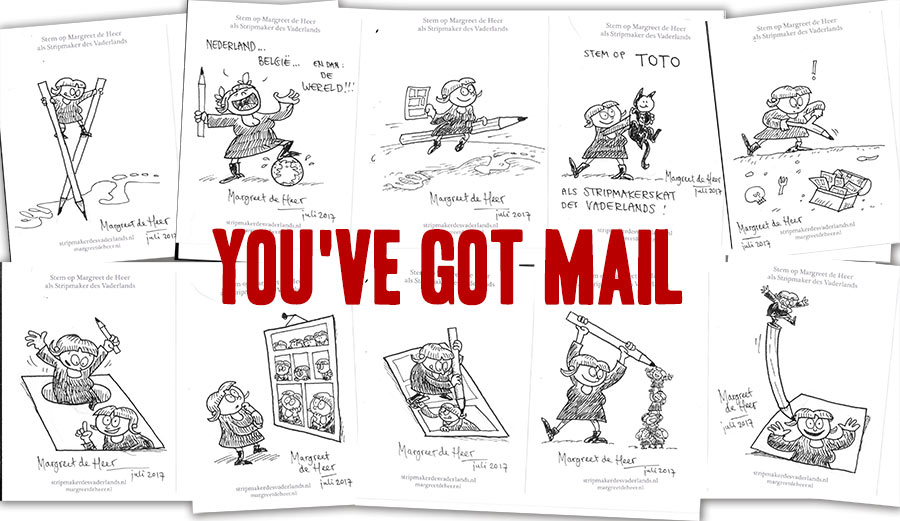 Physical mail (the stuff that gets delivered to your door by a postman, as opposed to digital mail in your inbox) is under fire in The Netherlands. There’s less of it, so there are huge cuts in delivering hours and postman wages, while stamp prices go up and up.

Nevertheless, nothing beats the thrill of getting a personal letter by snail mail. And it’s been a thrilling time for me in that respect – here’s some stuff that got delivered to me recently: 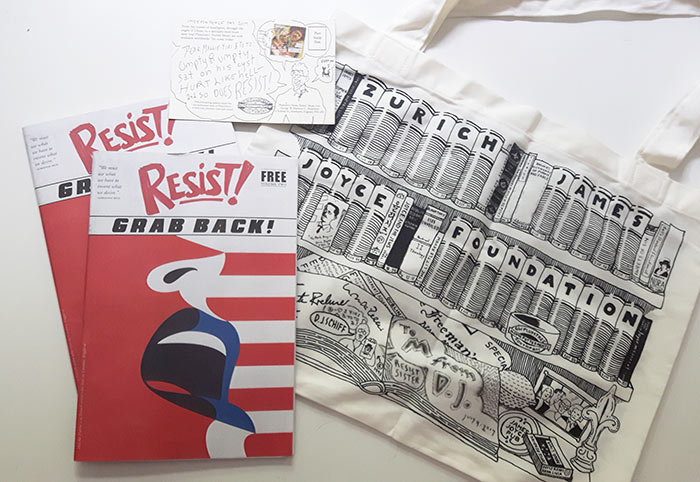 My wonderful Californian proofreader Dan Schiff sent me two copies of Resist!, the revolutionary magazine that my Minnie-comic was featured in. It’s great to finally be able to browse it (96 pages!) AND it came with lovely personal stuff from Dan, who’s also a gifted artist and a big James Joyce fan – that’s his drawing on a James Joyce bag, and he even added a little doodle especially for us!

She used to do my accounts for me, now Olga Nagtegaal is dabbling in linoleum prints and I just had to get my hands on this beautiful cephalopod. She even threw in a “misprint” which is just as lovely! (I’m cheating a bit, because Olga actually delivered this to my door, but it was in an addressed envelope, so it still counts as mail).

My brother Maarten de Heer recently launched a successful Kickstarter to fund his unique lenticular painting BIOSCOPE. Yesterday, the rewards arrived – pieces from the experimental prints he made in the process. Especially for us, he added a print of these animations Yiri made on the DS:

Artist Willem Bentvelzen (a.k.a. Argibald) makes hilarious cartoons, but also these lovely artistic drawings. For a few years now, he has produced one a day, offering them for a reasonable price of which 20% goes to the food bank. It’s the second time I’ve received his art, and I especially love this stack of cats. It arrived with a personal card and a stack of his cartoons.

Apart from receiving mail, I have also sent out some. In order to win votes for becoming Stripmaker des Vaderlands, I’m offering original doodles and sending them out on postcards. Here’s a selection: 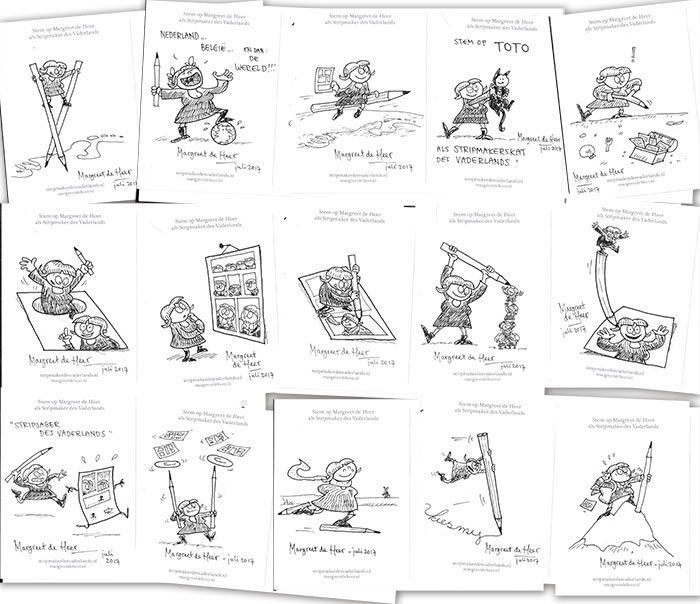 I’m continuing this until the end of September, by the way, so if you want one too, drop me a line!

(Netherlands only, but if you live abroad and you ask nicely, I’ll consider it)

One thought on “You’ve got mail!”