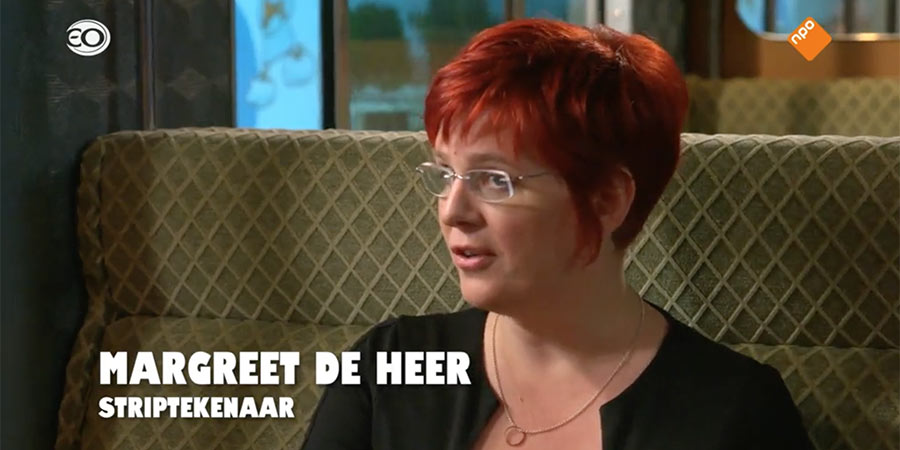 I was on Dutch TV, in a 25-minute interview that covered everything from my image of God to the upcoming Stripmaker des Vaderlands election. The program is called ‘Het Vermoeden’ and set in an old-fashioned train compartment, to facilitate guests talking about their life’s journey and the next station they expect to arrive at.

Of course, it was all done in a studio, and this is what it looked like:

The interview was done by Marleen Stelling, and felt like a very pleasant, almost casual conversation about Life, the Universe and Everything: 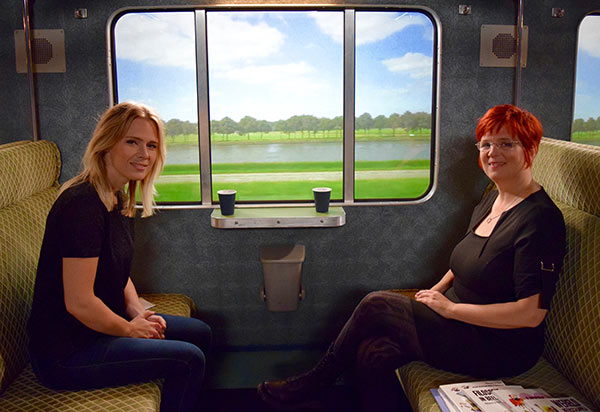 I was a bit nervous about how I would come across on TV – I hardly ever see myself move or talk the way others perceive me, so it was really er, interesting to watch myself. The thing that struck me most was how lively I gesticulate: 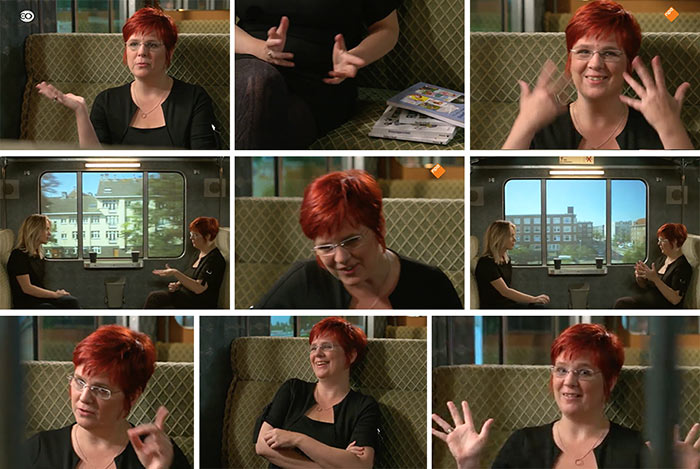 And second, I was touched to find myself mirroring my long deceased grandfather, Hendrikus Berkhof, who was professor of Theology and would have loved to see his granddaughter carry on his legacy, in a way:

The whole interview (in Dutch!) can be watched here.

All in all, it was a very intense and positive experience! It makes me even more confident that not only could I handle being Stripmaker des Vaderlands – voting still open until the 30th! – , I would actually enjoy the media aspect of it.

Because, let’s be honest here, I just love talking about myself.

And myself in relation to comics.