I’m proud to announce that as of yesterday, I can call myself the first Stripmaker des Vaderlands, which translates to the impressive sounding Comic Artist Laureate of the Netherlands – and well, it is pretty impressive: for the next three years, I’ll be the ambassador of Dutch comics! 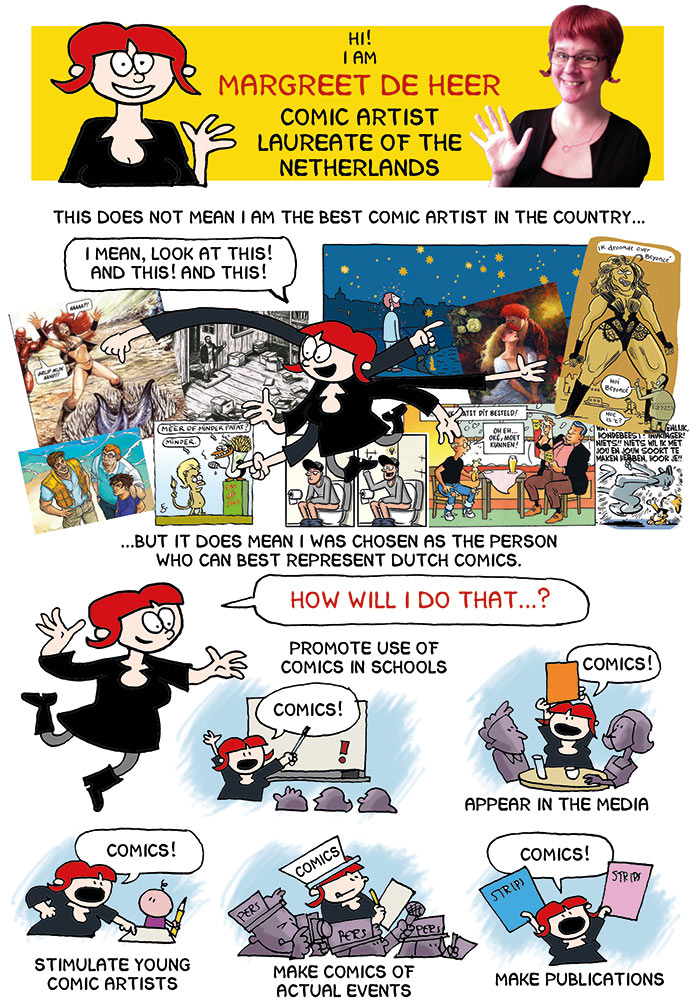 I’m extremely honored to receive this task, and have been bowled over by the amount of media attention today. Who said comics are under the radar? I’m especially happy with a 5-minute item on national TV, which not only showed me being proud and drawing, but also visited a school where my comics are used, and talked to Caroline van der Lee from aaStrips Foundation which launched the initiative. I’m so happy to have such enthusiastic people supporting me! Here’s an impression: 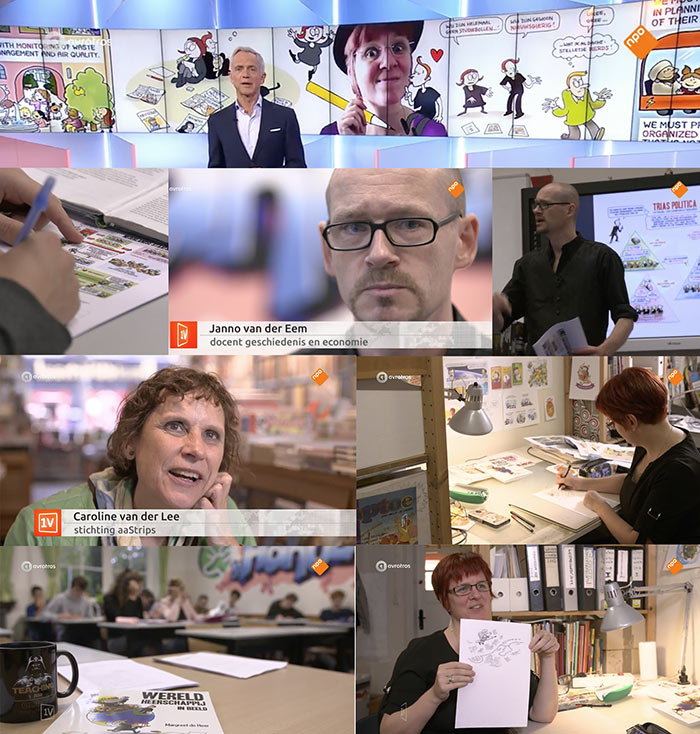 My ambition: to bury Holland in comics. Like this: 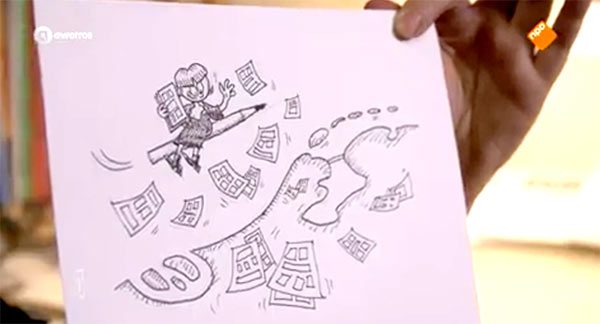 I love what’s happening right now, and this weekend I’ll be at the Breda Comics Festival where I hope to talk to a lot of people, colleagues, teachers, fans… And next week I’ll probably be asleep. 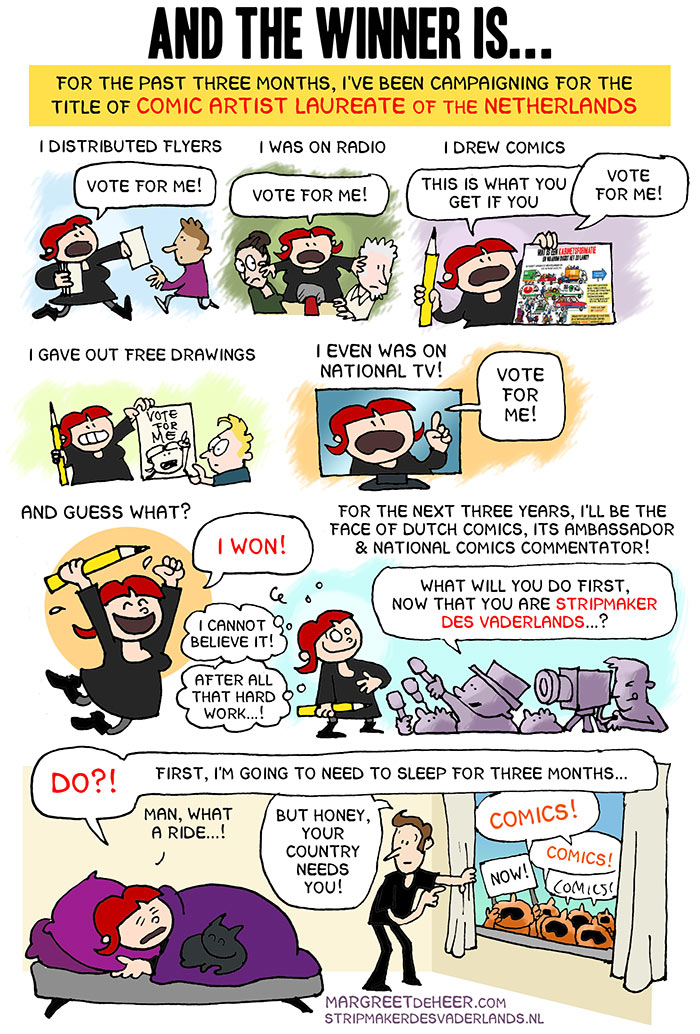 By the way, I’m also bowled over by the many congrats and encouraging words from friends and colleagues online (join me on Facebook!). Some even made me congratulatory drawings – thanks Marc Scherbateyev, Peter van de Wiel and Pieter Hogenbirk! 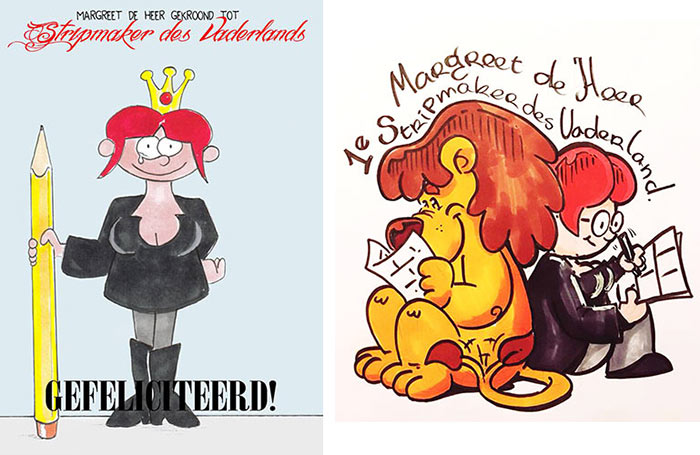 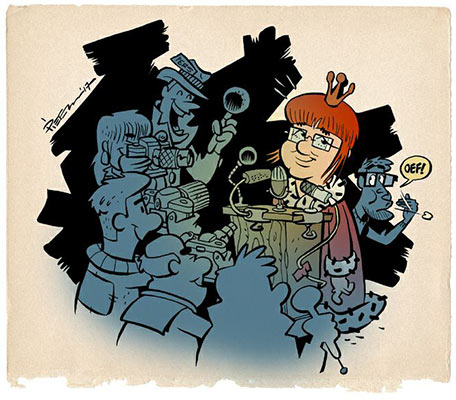 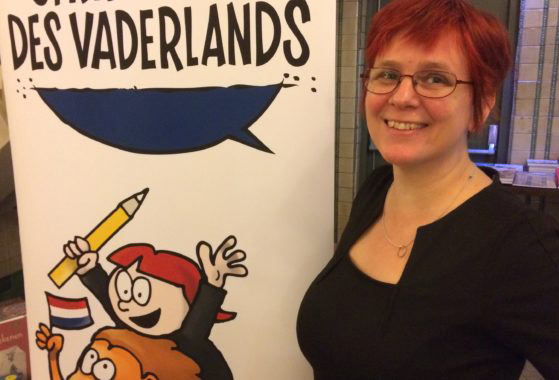 2 thoughts on “Comic Artist Laureate of the Netherlands”