Nice to see a smart reader enjoying our book THE STORY OF LEE and posting a review on twitter. Grace posted about volume 1 recently and this week posted us her recommendation of volume 2. 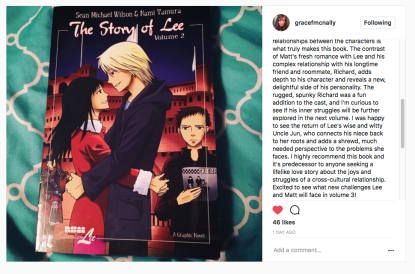 We are working on volume 3 now Grace!