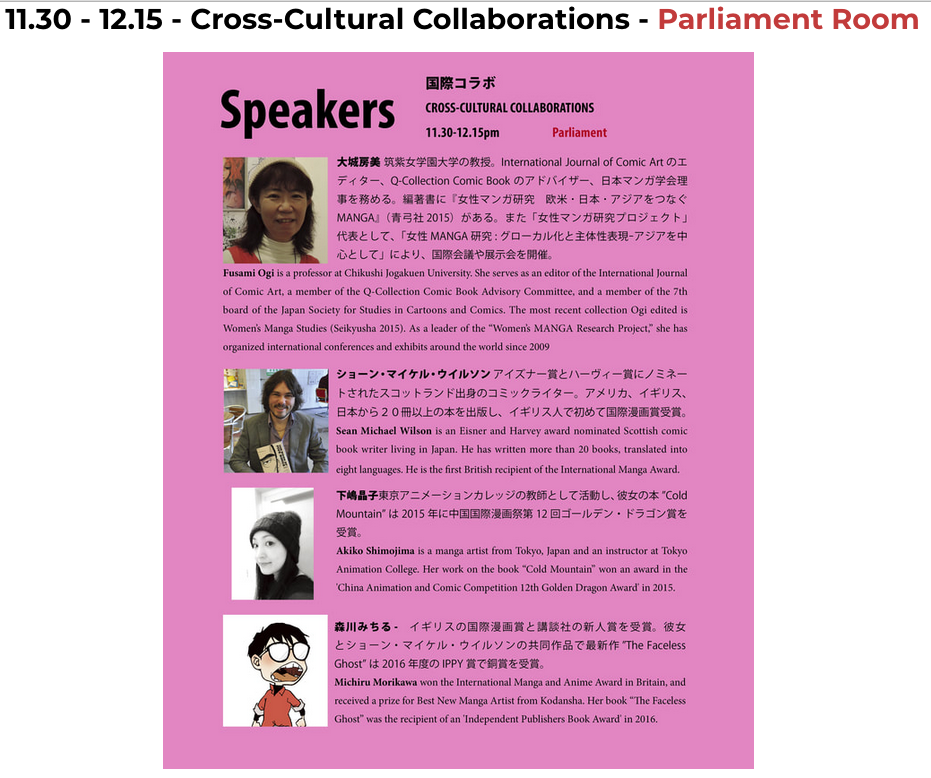 I will be a guest at the CAT event in Tokyo this week, Nov 25th, alongside my artist colleagues Akiko Shimojima and Michiru Morikawa (the artist of our book BREAKING THE 10 book, published NBM. Our talk is at 11.30am on the topic of ‘international collaborations’ 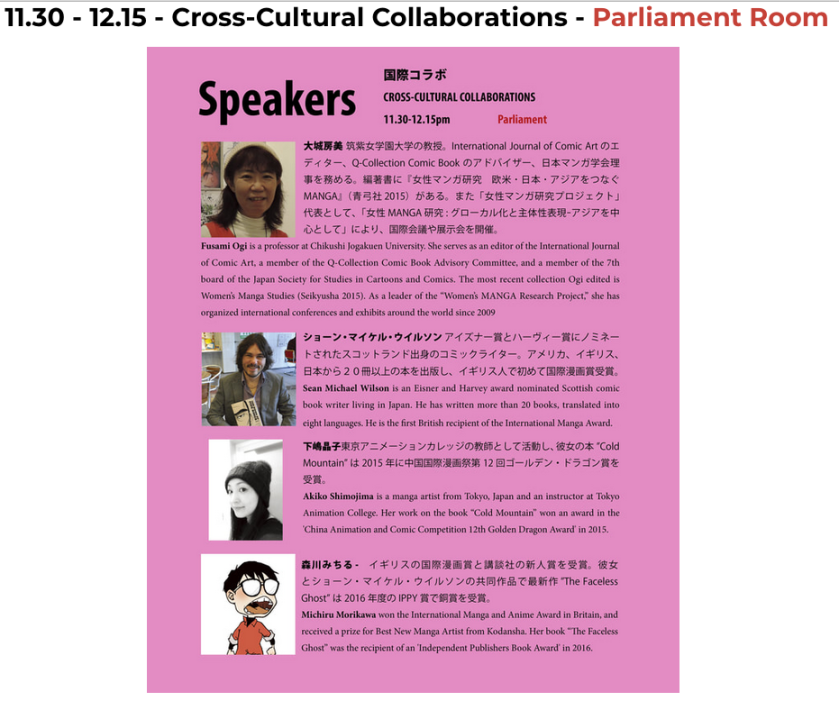 Be there or be onigiri!

Comic Art Tokyo is a community-focused, interactive festival with the goal of fostering mutual appreciation and education about the various comic traditions from around the world. To that end, our festival includes discussions, hands-on workshops, gallery exhibitions, author readings, and live art demonstrations.

Our sophomore event will be held at Temple University Japan Campus on Saturday, November 25th.