In this gallery, I will tell you first hand how I was about to quit The Mercenary after the first volume due to the large amount of effort it required, but gunpowder lit the fuse of the series. I will also include some interesting information on gunpowder power, the world of aviation and crossbows and how I created the main characters. 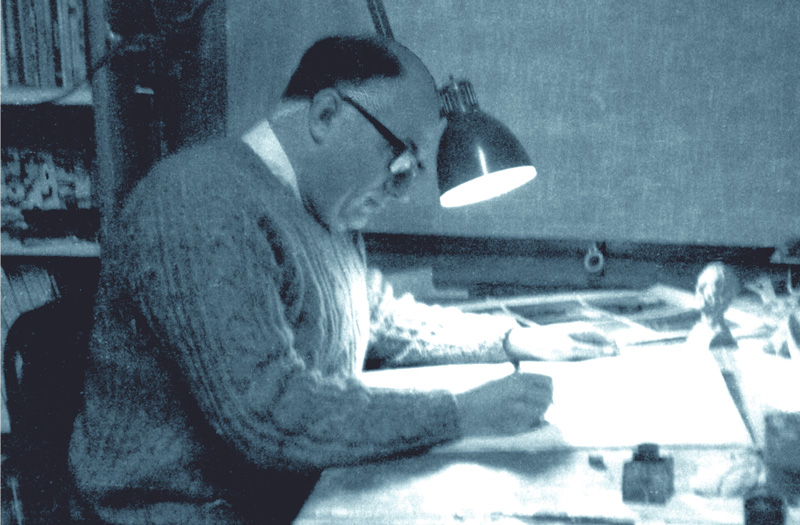 I had finished volume one of The Mercenary, and it was time to measure things up. Regarding work, with my slow oil painting technique, I need more than a year and a half to finish it and, to be honest, what I was being paid was not worth it. Each page took me on average ten days of work while, in the same amount of time, any other illustrator made at least four pages, and the price per page was the same for everyone. But there was something that, despite everything, made me go on: the good response from fans and critics. There were some specific moments that cheered me up, like the enthusiastic comments from movie maker Federico Fellini, big fan of comics who even called me at home to congratulate me.

With that said, if I wanted to continue the comic, the only logical option seemed to be move on with the character and make a series, which I was told was the sound thing to do economically speaking. So that’s what I chose. I went back to my ideas reservoir making sure they were original and unreleased. I wrote the script for a second story, which continued from the previous book without necessarily being a sequel, and drew it in a very simple way to fit the 48 pages for the episode. That was the real beginning of The Mercenary. That was the moment to create and shape the characters.

From the very first page, I had to face an important decision: to dress up the warrior, who had lost his armor, with what would be his distinctive attire for the rest of the series. When it came to armor, I was very knowledgeable thanks to some previous works, like the helmet from the previous page which is an illustration I did in Indian ink for THE UNIVERSAL HISTORY OF WEAPONS, plus the endless magazine covers on medieval subjects.