GUNPOWDER, THE IDEAL “FORMULA” TO START A SERIES

For this second volume of The Mercenary, the way I worked was more reasonable. With this I mean I wrote the full story, a script up in the air but a script anyway, and from the very beginning I already knew how it was going to end. Considering how I made the first volume, this was a great leap forward.

The central theme was gunpowder. It turned out to be a good choice, because this explosive would make regular appearances in the following volumes of the series and play a relevant role. To be clear to our readers, the monks of the Crater secretly wandered all over the world on their mission to gather all human knowledge to later share with other countries as they saw fit. 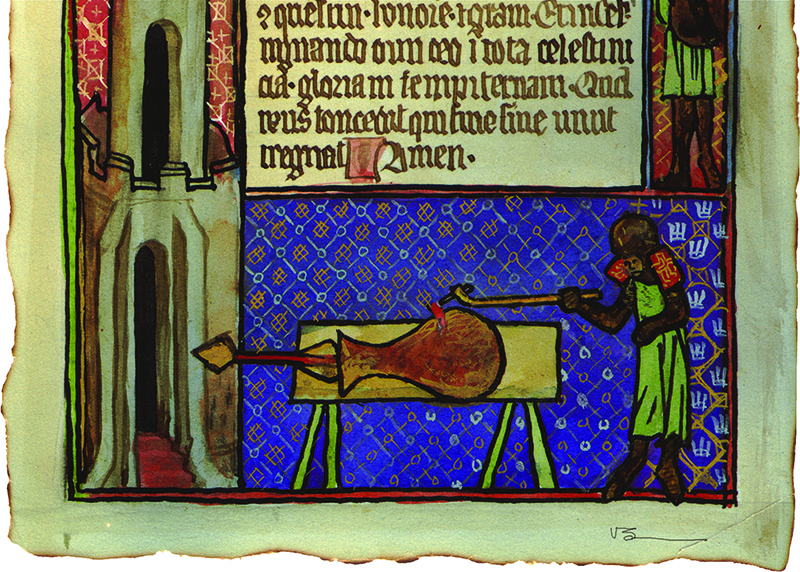 These trips included China, where gunpowder was already known by that time. Actually the Chinese knew gunpowder way before 1,000 A.C., but used it for pyrotechnics and fireworks. Apparently there were some fireworks used for military purposes. Somehow, the formula reached the West and circulated through the small guild of alchemists and a select group of people, many of them monks who knew how to read and write.

Gunpowder is much more dangerous than it looks. It has lots of power. Just to give you an idea, the small amount inside a Mauser cartridge (smokeless gunpowder) creates a pressure of 3500 kg/cm2 inside the chamber. Pressure is relieved through the weakest part of the chamber where the bullet is located, but we need to understand the bullet is wider than the cannon’s bore and pressure needs to deform it to adapt it to the grooves, and the bullet is still capable to travel 1 ¼ miles with enough power to pierce armor. The old Mauser I used in the army shot bullets more than twice the speed of sound, which meant the bullet always reached the target before the sound of the shot.

So having the exclusivity of the formula and knowing how to use it, was holding absolute power.