The Mercenary’s adventures take place around 1,000 A.C. but the armor he acquires is not typical of that era, besides being of European design. Let’s just say the tools contributed by the monks of the Crater had placed the people of the Land of Eternal Clouds several centuries ahead.

Actually, full armors did not exist at the time in western civilization; at most, coats of mail and iron helmets were used. Armors like the one used by the warrior shown to the left would not appear until the end of the 13th century. This is an Italian armor from 1400, an age when apparently the trunk pieces were covered with fabric or leather to identify oneself on the field or protect iron from rusting.

Armors were always very expensive, an elaborate handcraft work. Nowadays, tons of steel sheets can be manufactured by huge machines at low cost, but back in those days armors were made with hammer and anvil. They were custom-made suits for people with large financial resources. No wonder the Mercenary accepts Claust’s conditions without much hesitation…

The Mercenary will use this armor, which almost cost his life, through all the series with some slight modifications suggested by the master armorer of the Monastery of the Crater.

I need to tell you that when the Mercenary went to the armory to buy his new armor, Claust’s presence at the store was no coincidence.

The Mercenary had been followed by order of the alchemist, who had him already in his sight for his next trip to the Crater. 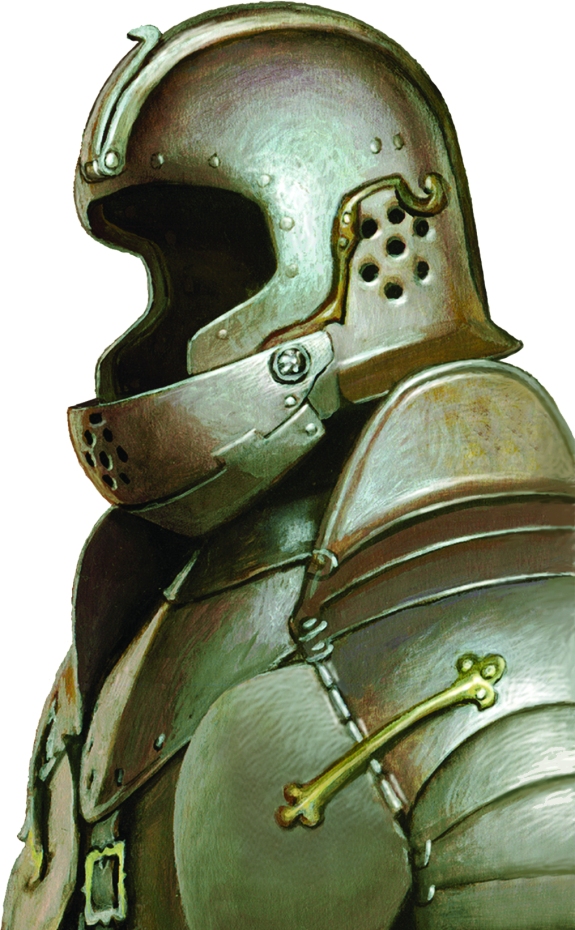 Claust’s relationship with the Monastery of the Crater went back a long way. Ten years before, when the alchemist made a living swindling people with snake-oil formulas, he watched some merchants exchanging manufactured products for food. The quality of their merchandise caught his attention and he decided to discreetly follow them to find out where they came from and whether he could somehow benefit himself. To his amazement, he watched a string of flying dragons enter the pass into a bleak zone of freezing cold. He had to give up because he was not prepared to get inside that labyrinth, but soon he found them again and this time, better prepared, followed them, steadily reaching the Great Frozen Plains. Stunned, he saw from a distance how they disappeared into a steaming crater. That was so mysterious and promising that it deserved to be explored in depth. Always alone, so he wouldn’t share anything he found with anyone, he managed to leave the merchants behind and, well camouflaged at the edge of the crater, he spied the string passing through the waterfall at the precise moment he was detected.

What he never knew was that the monks considered two options: one, make him disappear and the other one, obtain his silence rewarding him with gifts he could not refuse. It was a mistake to choose the second one. The alchemist became rich, powerful and more and more demanding. 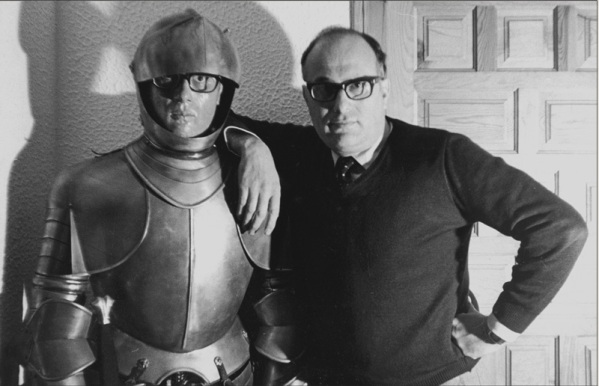 I bought this armor replica to check what it was like to be inside one, and it was an interesting experience. It is made from a 1/32” iron sheet and it’s very heavy, slightly less than the real ones which weighted about 65 pounds though later some reached 220 lbs. This armor’s design is not correct: the shoulder pieces are not properly jointed which does not allow raising the arms adequately. Besides I found the chest and back pieces too rigid, so I did the right thing putting two pieces for the chest and back in the Mercenary’s armor.