In this album we discovered characters that will be present in all stories. We’ve met the Lama, an ancient wise man in charge of the monastery, but who is Nan-Tay? And what does a woman dressed as a warrior does in a monastery full of monks?

An educated woman, expert in a wide variety of fighting styles and the use of any weapon, she appears to be aware of everything that happens to the Mercenary. Nan-Tay suspects that, after what just happened at the Crater, Claust will no longer be a peaceful negotiator. She knows the alchemist very well, and she knows he will be an enemy to be aware of. So much so, that she will need help to fight him. 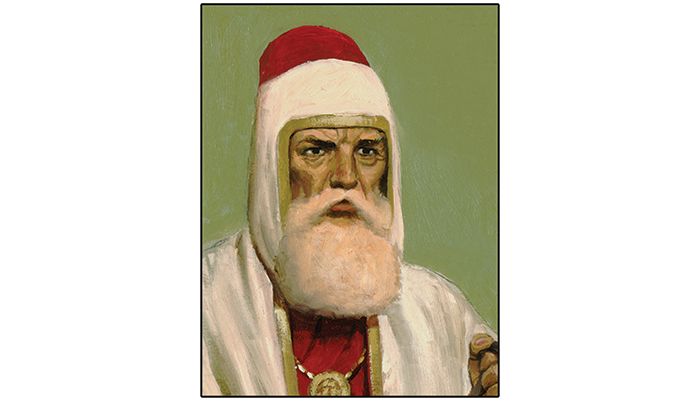 I needed a villain and I came up with this character, Claust. If he had to steal a formula it was necessary he be an alchemist who made deals with the Crater inhabitants. At first I thought him just a stubborn and ambitious guy, but the idea that he systematically eliminated his guards turned him into a twisted character, with many more possibilities and an interesting road ahead. So, luckily for my scripts, something prevented him to blow up when the kettle exploded. And even better: his thirst for revenge would fit very nicely in my stories. As he would say, he would never forget what those maggots hiding in that damned crater had done to him.