Actually, this volume is the real birth of The Mercenary. In it, the character is better defined: he is not a super-hero at all, he’s an upright and honest soldier of fortune who makes a living with small businesses and who, apparently, has financial problems. Like many self-employed people, actually. Most of the time I was doing The Mercenary, I alternated that with drawing cover art. Most of them were book covers, but some were made for the magazine that published my comics.

This is one of those covers and was specially made for an issue that contained one of the episodes of this second volume. As you can see, it has nothing to do with the album and the Mercenary is in a very dangerous situation. The loss of the mount implies, in the best of cases, a forced landing like what happened to Nan-Tay in this story, but most times it does not end so well. 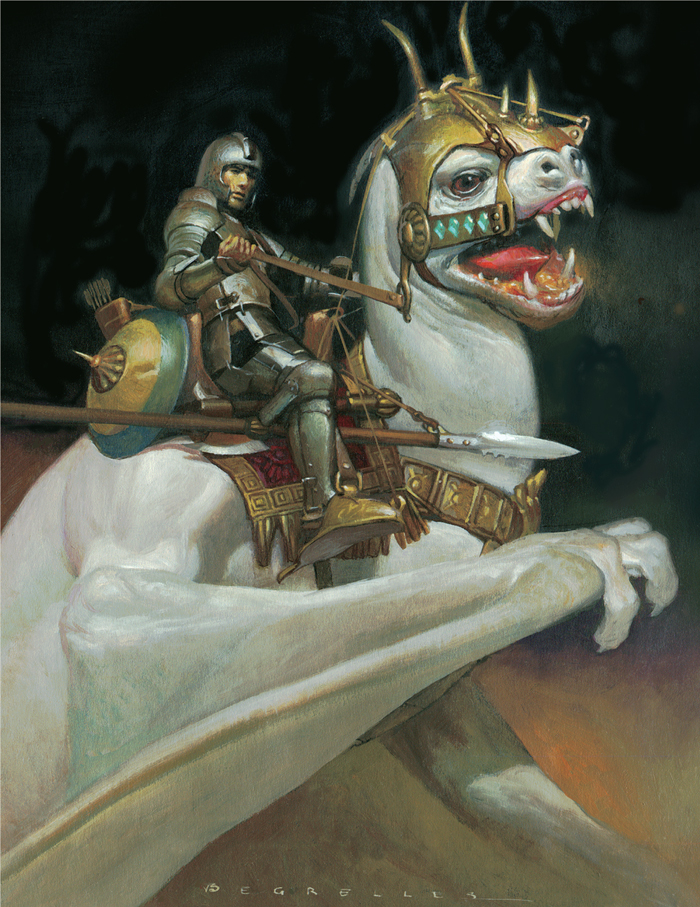 On the next volume, the Mercenary will face tough tests to be able to enter the Monastery of the Frozen Plains…