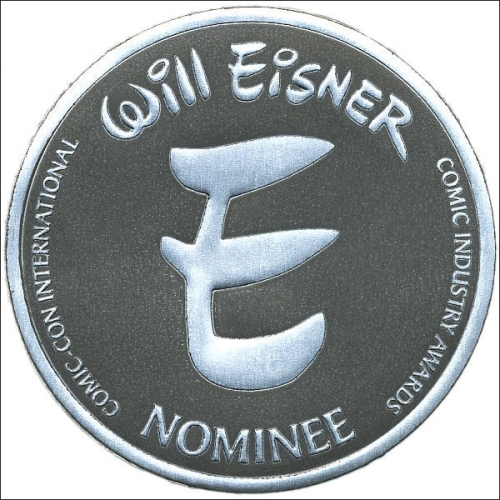 The 2018 Eisner Award nominations recognized NBM Graphic Novels with two nominations this year, with books being represented in the same category, Best Painter/Multimedia Artist (interior art). The prestigious Will Eisner Award honors exemplary work from the past year in comics and the award ceremony is held annually at San Diego Comic-Con International.

The nominated comics and talent are:

The life of the great French painter, one of the founders of Impressionism, is narrated in lush comic art reminiscent of his style. From the Salon des Refuses (“Salon of the Rejected”) and many struggling years without recognition, money and yet a family to raise, all the way to great success, critically and financially, Monet pursued insistently one vision: catching the light in painting, refusing to compromise on this ethereal pursuit. It cost him dearly but he was a beacon for his contemporaries. We discover in this comics biography how he came to this vision as well as his turbulent life pursuing it.

About EFA
EFA is a pen name for Ricard Fernandez, a Spanish artist who left school at 16 to pursue his dream of being in comics. He has since published quite a few graphic novels and series. This is his first translated into English.

Based on his own experience, Pedrosa narrates this return to his roots in a deeply compelling and warmly human way. This is his bestselling graphic novel with over 100,000 copies sold in France and a winner of many prizes including Best Graphic Novel at the Angouleme Festival and FNAC Best GN.

About Cyril Pedrosa
Born November 22, 1972 in Poitiers (Vienne). A big comic reader during childhood and adolescence, Cyril Pedrosa first went into  scientific studies. After some trial and error, he finally studied animation design at the Gobelins, a Parisian establishment dedicated to careers in the moving image. He went on to work on Disney animated feature films such as “The Hunchback of Notre Dame” and “Hercules” where he acquired a speed of execution and a sense of movement that will later serve him well. Meeting writer David Chauvel inspired him to turn to comics.

A rising star in graphic storytelling, his unique work is a product of his animation background combined with his literary influences of Borges, Marquez and Tolkien.

“For over forty years NBM Graphic Novels has committed itself to bring some of the greatest graphic novels from across the world to North American audiences,” said publisher Terry Nantier.  “Acknowledging the fine work by both EFA and Cyril Pedrosa by the Eisner nominating committee only reinvigorates that commitment.”