When The Silent Invasion was first released in 1986 by Renegade Press, we promoted its release with a few teaser ads in various publications that comic readers regularly purchased. In his previous posting, Michael Cherkas showed you one of those.

And here are two more.

And here is the full page ad to promote the first issue. 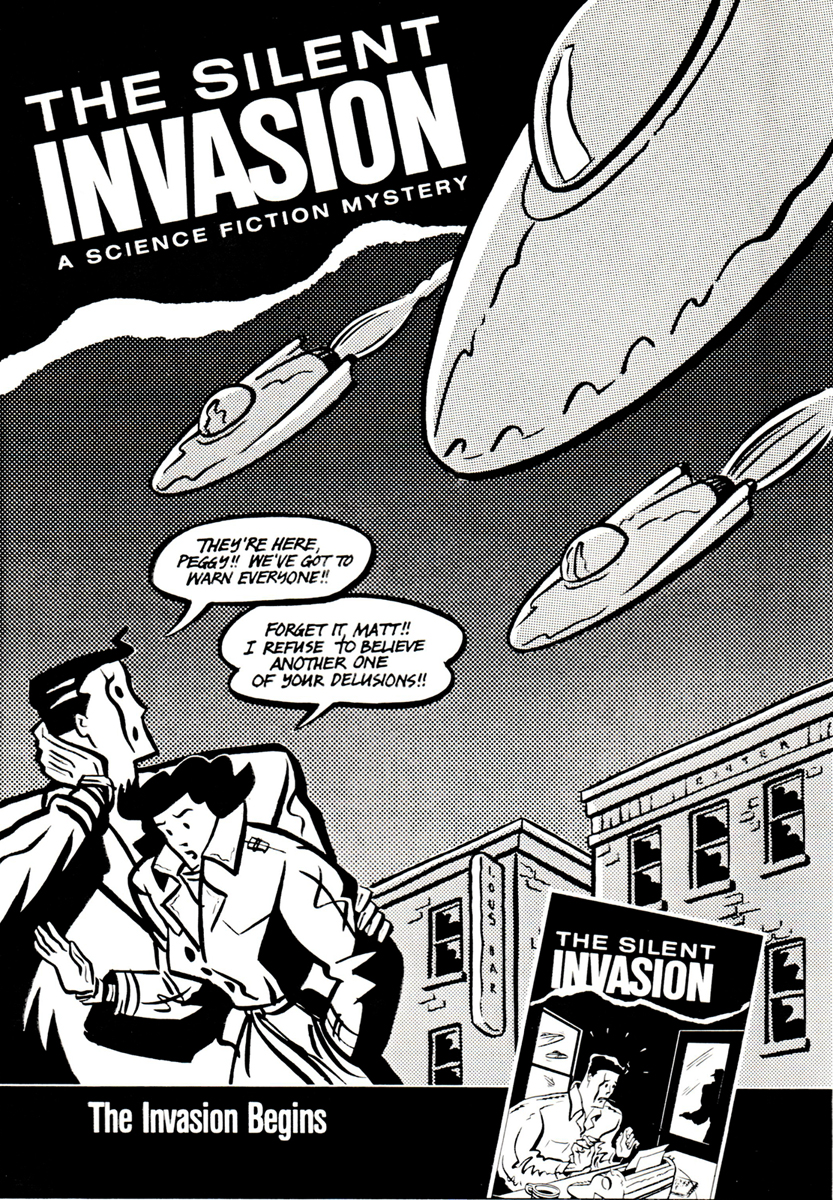 In future blog posts we will share more behind-the-scenes materials with you!

Larry Hancock is a professional accountant living in Toronto, Canada. Along with Michael Cherkas he has created several comic books/graphic novels including The Silent Invasion, Suburban Nightmares and the Purple Ray. Larry Hancock was born in Toronto in 1954 and has been a science fiction fan ever since discovering Andre Norton, Alan E Nourse and Robert Heinlein in the children's library. He has been a dedicated comic book fan for just as long. As a professional accountant (CPA CA), he has many clients in artistic fields - writers, artists, animators, films. However, counter to the view of accountants as boring, he has written graphic album/comic books The Silent Invasion and The Purple Ray with Michael Cherkas and Suburban Nightmares with Cherkas and John van Bruggen. It should be noted that, while the credits on Amazon and other sites often list Larry as the writer and Michael as the illustrator, Larry and Michael plot their work together, with Larry supplying the scripting and Michael the drawings. While still an avid fan of science fiction, in recent years Larry's reading has turned much more to British crime novels. In recent years, Larry's vacations have taken him further afield, to Costa Rica, Peru, Kenya, Madagascar and Indonesia. View all posts by Larry Hancock