Long before The Silent Invasion ever saw the light of day, I had worked with John Ellis Sech on a short-lived feature called Dick Mallet. The series was a pastiche of the the hard-boiled private detective genre. Dick Mallet’s superpower was that he didn’t carry a gun. The strips appeared in the Canadian Comics Annual and the Canadian Children’s Annual. Then Larry Hancock wrote a couple of Dick Mallet stories that appeared as back-ups in Cerebus. 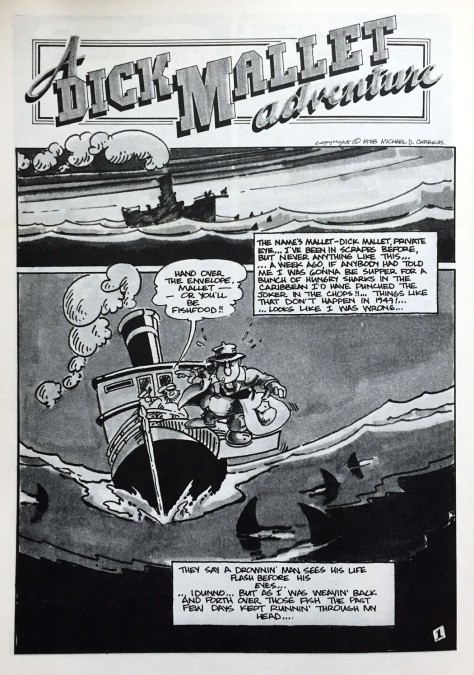 Then a full-colour adventure from the Canadian Children’s Annual: 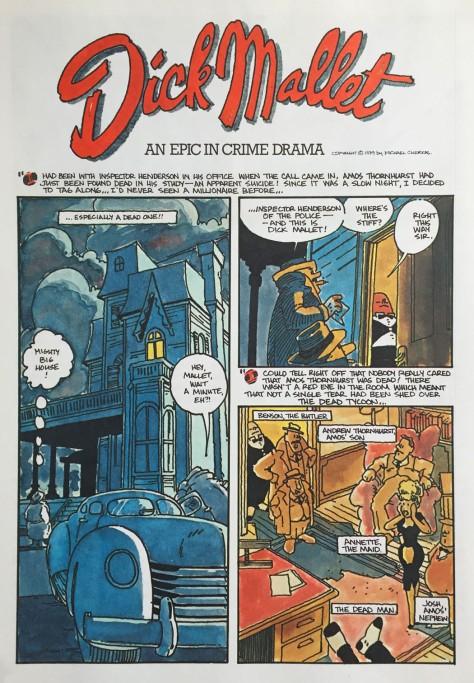 Dick Mallet was one of our initial proposals to Renegade Press. Even though the Dick Mallet proposal was rejected, we included Mallet as a minor character in the very first issue of The Silent Invasion. 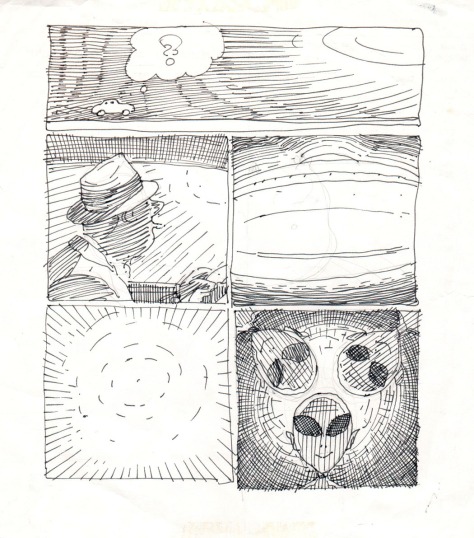 And the first three pages of The Silent Invasion… 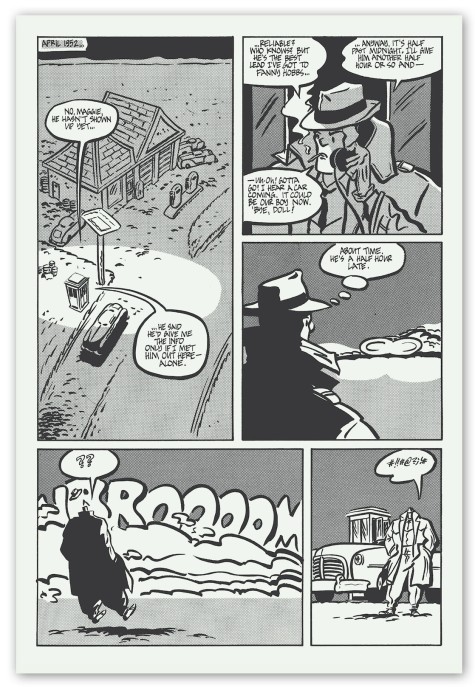 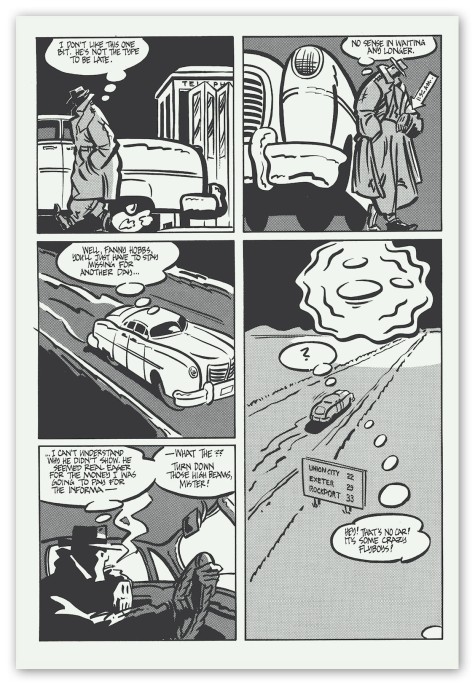 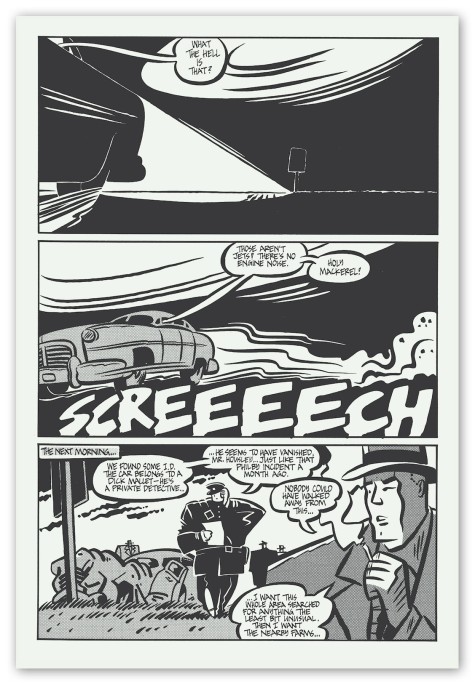 Poor Dick Mallet. The lesson is: Be careful when you watch the skies!!!