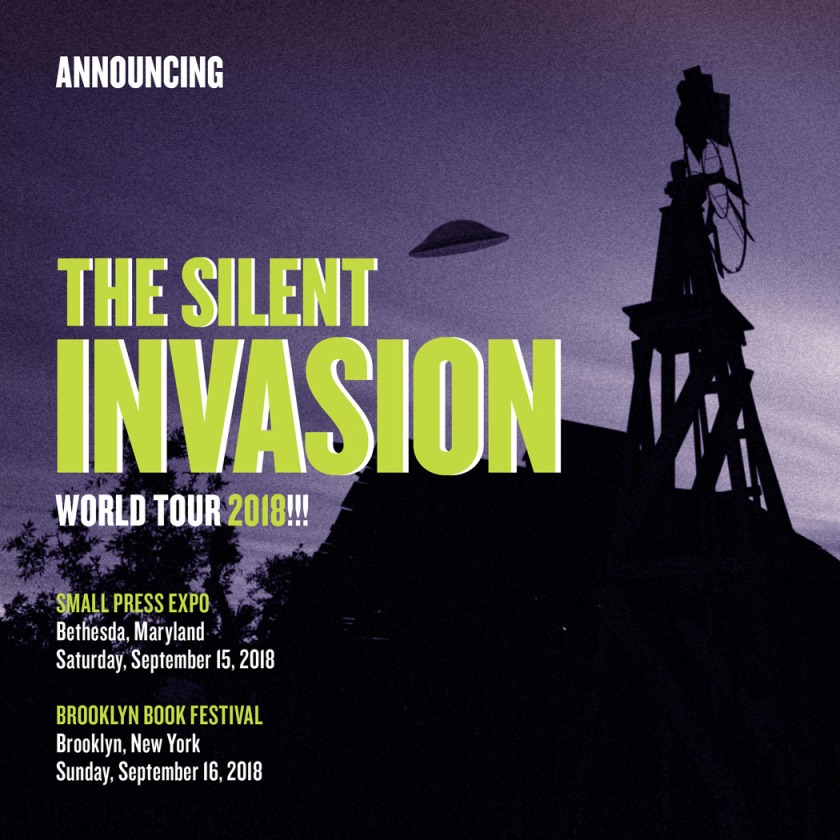 Both Larry Hancock and I will be appearing at the Small Press Expo in Bethesda, Maryland on September 15. And then through the magic of Amtrak we’ll be at the Brooklyn Book Festival on September 16.

If you’re in the area, and want to talk about conspiracies, secret government organizations, the Great Alien-Earth War of 1943, alien-human hybridization, the perils of the deep state, or why there were once two teams with the same nickname in the 9-team CFL look for us at the NBM booth and Larry will be happy to answer all your questions.

We’ll have more details in soon.

Here’s a scene from one of our previous appearances at a comic book convention. 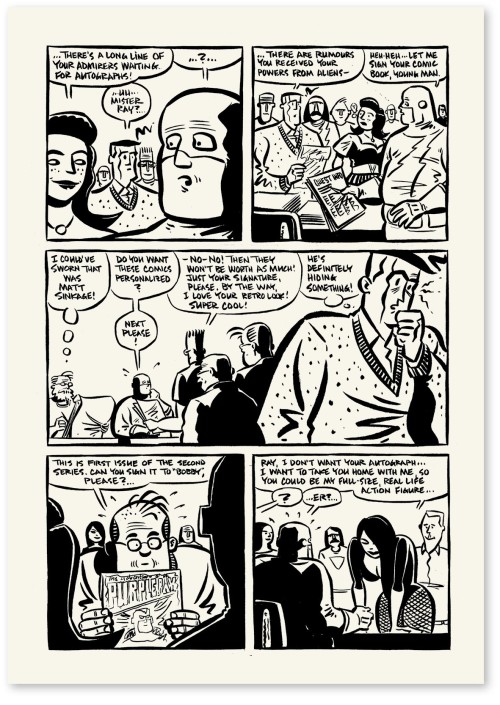 And remember to watch the skies!