It’s been months since I posted on my English blog! But I have not been idle – read all about it in these two editions of “The Adventures of the Dutch Comic Artist Laureate” (originally drawn for comics magazine Stripnieuws)…: 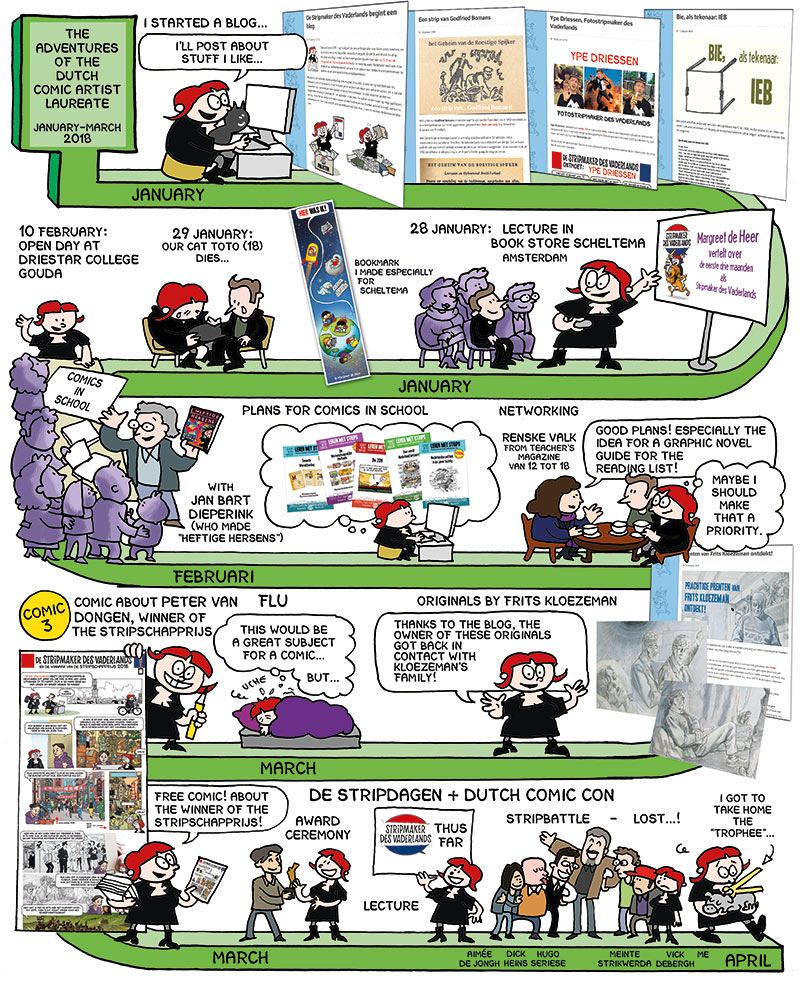 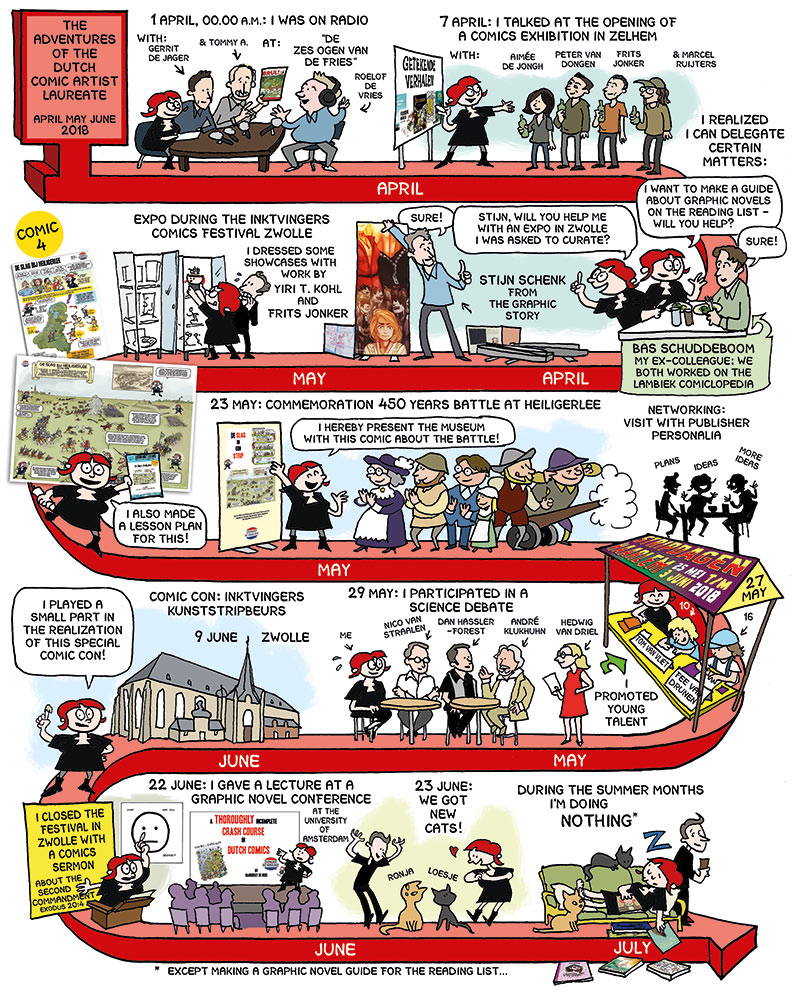