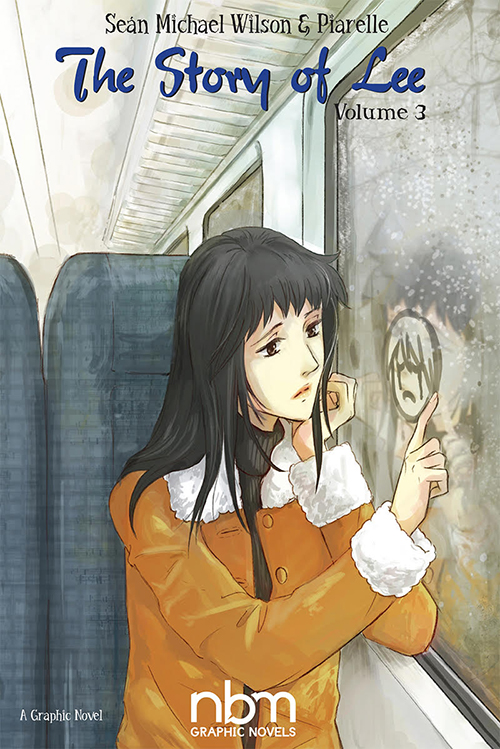 Part 2 in Piarelle telling us about her art process on the upcoming book for NBM, The Story of Lee, volume 3:

After thumb-nailing the page layouts, I would then scan them into my computer, produce more detailed rough drafts out of them, place the text on them and send them to Sean in batches for his approval.

Sometimes when I think a panel image would be too tedious to draw, too complicated or appear too repetitive on a page, I would replace it with an image I think would be more effective but easier for me to draw. I’m not sure if Sean noticed that not all the panels featured what he asked for in the script, but once he approved them that gave me the okay.

(Sean adds here: that’s fine by me, the process of one of collaboration, so I don’t expect artists to follow my script 100% on things like panel and page layouts. Often they have better ideas than I do about how to do that).

Check the book out on the publishers page HERE