When telling ourselves the narrative of our love lives, we are heavily influenced by the tales of love we get fed through books, movies and magazines. I myself am a real sucker for romance novels (especially those set in Victorian England) – which all follow the same formula: there’s a Male and a Female, there’s Attraction, there are Obstacles, and once these are overcome there’s a Happy Ending…

Romance novels are actually a really interesting subject to study for its feminist content! No other book genre has evolved so much over the past decades, reflecting how cultural thinking has changed on the position of women towards the workplace, sex and of course, men.

In Love: a Discovery in Comics, I deconstruct this evolution a little, and also take a look at the classic fairy tale: 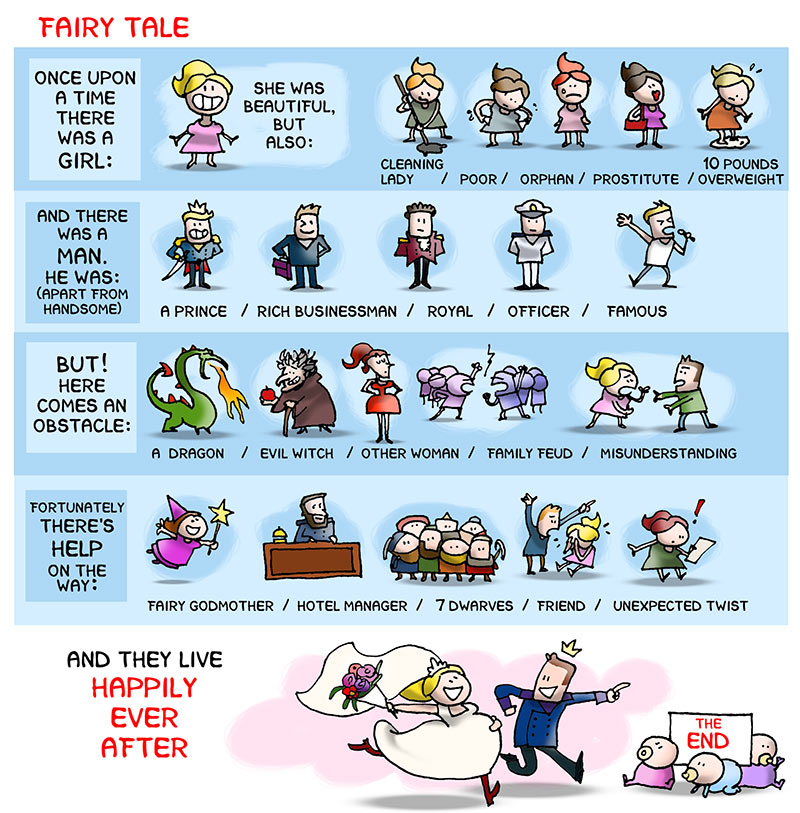 Happily ever after…? Who knows? What happens AFTER the Happy Ending?

Read my take on it in this book, in stores this month! 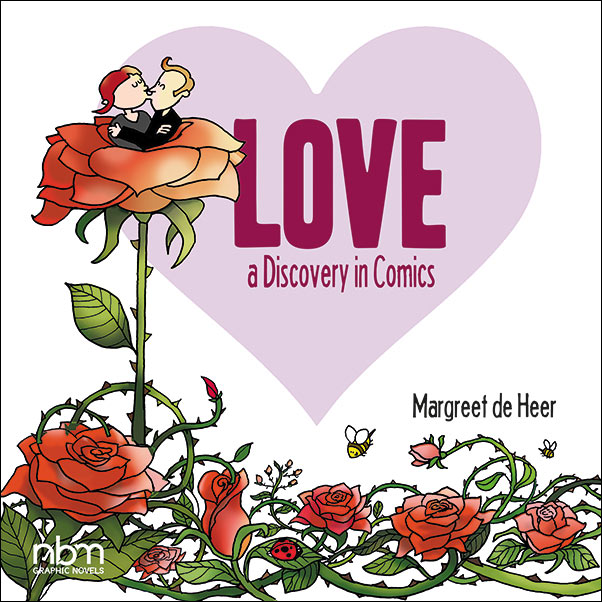