After quite a bit of difficulty and rearranging of the book’s ending Volume 2 of our BREAKING THE 10 is finished… and is presently listed in this month’s Previews catalogue from Diamond distributor. 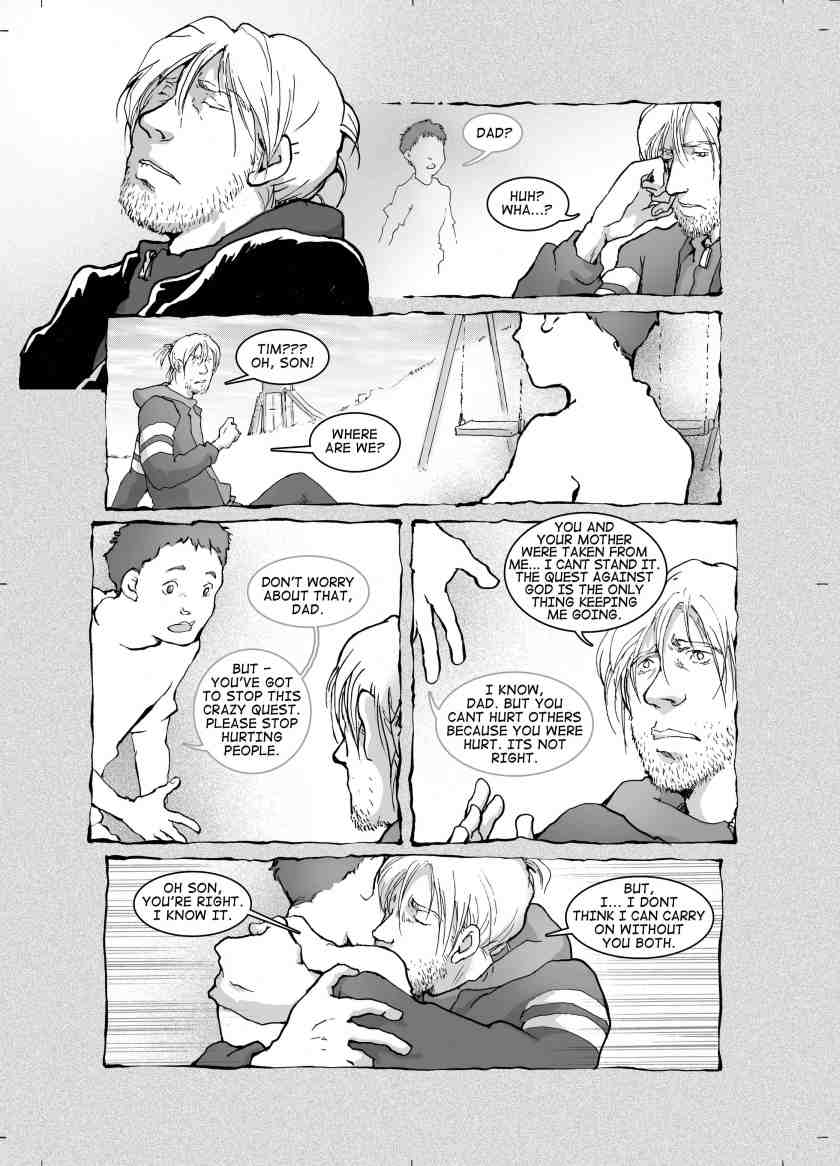 Order it from Previews Customer Order Form, page 27 (or p377 in the full catalogue), under the publishers name ‘NBM’ (and with a cute ‘Certified Cool’ stamp of recommendation).

Despite the trouble we had I’m very proud of this book and really looking forward to seeing volume 2 come out printed well.

Yesterday, a new book was launched in The Netherlands with my comics in it – a collaboration with poet and writer Karel Eykman, who wrote the most influential children’s bible in the 1970s, among other things. Both his and mine position towards Christianity are much the same: we’re not exactly devout believers, but fascinated by its stories and teachings, and each in our own way trying to translate them to modern times.

This book, titled ‘Zodat het je goed gaat’ (‘That you may prosper’) contains ten stories by Karel and ten comics by me, about the ten commandments. Our takes are not literal, but rather reflections, and I’ve also tried to make my comics reflect Karel’s stories, often by basing my story on a side-figure from his story.

Here’s my comic about the third commandment, ‘You shall not take the name of God in vain’: 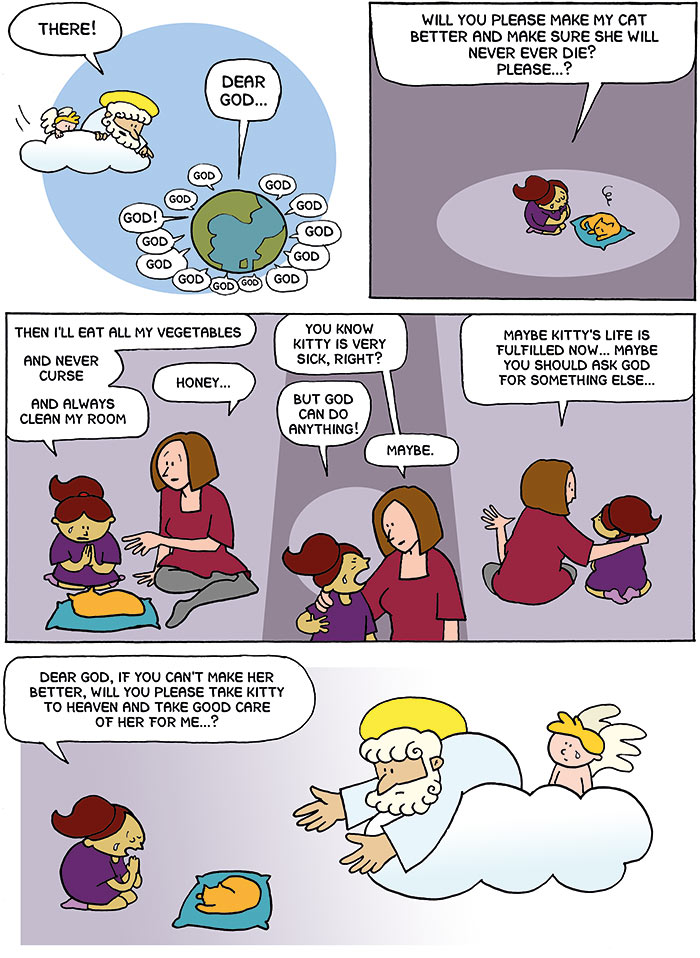 The presentation was a well-attended affair, especially thanks to the presence of more than 50 kids from the Karel Eykman school (yes, Karel has a school named after him!). They were listening intently as Karel read a few of his stories and I showed a few of my comics on a big screen. I also made a videoscribe of one of them that I put on Youtube, it’s in Dutch but here you go:

Here are some pictures of the gathering:

The first two books were presented to the teachers of the Karel Eykman school: 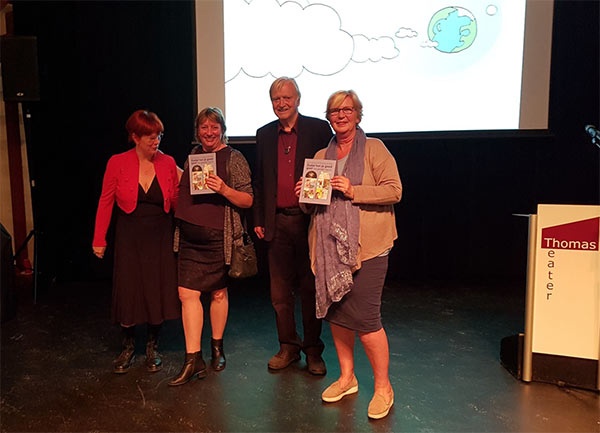 Now being solicited in September Diamond Previews, NBM has two new graphic novels that are quite topical.

The first title is an honest look at American veterans returning home from the War in Iraq. Witness their struggles re-acclimating to civilian life and the awful reality of living with PTSD, a constant reminder of the horrors of war!

A professor at Notre Dame, French born author Olivier Morel has extensive research on war trauma. Interviewing Iraq War vets, he made the documentary “On the Bridge” and this graphic novel relates his personal experience facing the vets. Mael, working out of Paris, does double duty as a cartoonist and the lead singer of a folk/rock group.

For hundreds of thousands of young Americans, after the shock of 9/11, there was Ar Ramadi, Baghdad, Abu Ghraib… The war in Iraq. Then came the trauma. Olivier Morel gave them a voice in his compelling documentary On the Bridge. Walking Wounded isn’t the book of the documentary but the story of Morel getting close to the young vets, their troubled experience and lives. So close he could not avoid living their trauma himself, seeing all too clearly their vision of the world after their gut-wrenching experiences. From torment to reflection, Morel and artist Mael relate through these vets the impossible return of those who do aspire vividly to get back to a normal life. The effort is huge, some can’t make it, others score their own victory by finally turning the corner… a parable for our country’s war sickness.

Also new in comic shops this September, Margreet de Heer continues her Discovery in Comics series, this time focusing on RELIGION. De Heer, who actually spent part of her childhood growing up in a church, takes an open-minded and respectful look at the five major world religions (Judaism, Christianity, Islam, Hinduism and Buddhism). Her past Discovery in Comics installments have been hits with educators and students.

RELIGION- A Discovery in Comics

The author of the bestselling Discovery in Comics series, including on Science and Philosophy, tackles a very sensitive subject. Dealing with religion often means walking on eggshells – that is what comic artist Margreet de Heer finds out in this book in which she presents the five major religions and modern spirituality in a colorful, personal yet serious manner. She explores religious history and practices with tact and an open mind, but can’t prevent a few eggs from breaking. Why is religion such a sensitive subject?

This book in comics is fun and informative for believers, non-believers and everyone in between. It offers a fresh look from different perspectives on the phenomenon of religion, the backgrounds and history of the five major world religions (Judaism, Christianity, Islam, Hinduism and Buddhism) and makes the point that religion is something that should unite us, not drive us apart.

Be sure to order today from your favorite comic book store in July’s Diamond Previews Magazine.