On display in Museum Meermanno in The Hague right now: a great exhibition of 200 years of Dutch comics! Ever since I helped putting Dutch Comics History online on Lambiek.net, the subject has been a bit of a hobby of mine. So I was very pleased and honored when the museum asked me to draw a magazine to accompany the exhibition. It’s become a 40-page comic book, relating the history of Dutch comics mostly through several children of the past, who tell which comic they like best and why. The book is for sale only at the museum, as long as the expo lasts, which is until January 12, 2014. But here’s a bit of a preview: 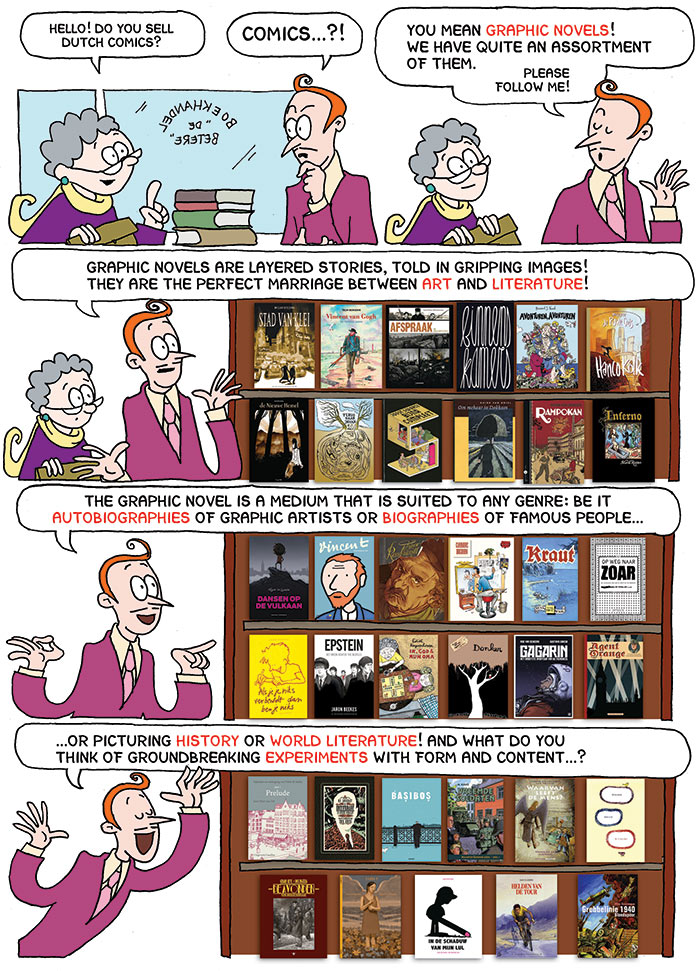 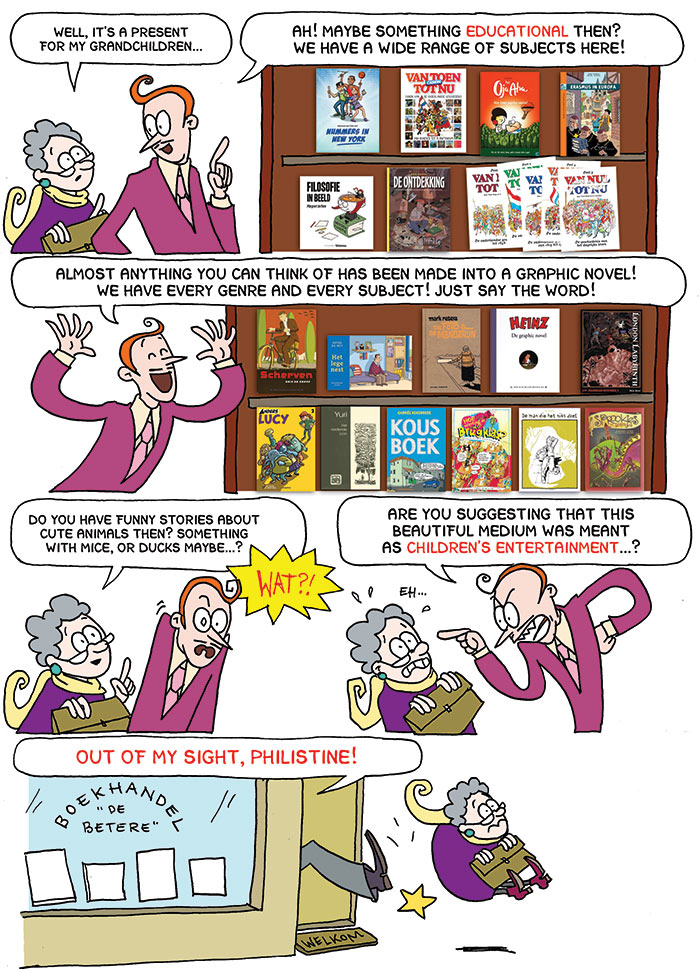 I also made a short VideoScribe (in Dutch) with a few of the old comics and children from the book. Click on the picture to see it on YouTube: