I’m so excited about it and really in a nice work flow right now. But the thing is, it won’t be out for at least a year – it’s scheduled for Fall 2015 in The Netherlands, and Who Knows When, if at all, in the States. So marketing-wise there’s no point in talking about it yet.

But I’m so excited about it!

Last week, I had the idea of putting in a scene between Yiri and me playing a game of Monopoly – but I wasn’t at all sure how well known the game really is. So I posted the question on my Facebook page and was swamped with reactions like “Really?! You don’t know how popular Monopoly is???”.

So no trouble there.

Here are two pages of the end result. There is a third page as well, but I’ll leave that for later. Ha, how’s that for a cliffhanger, marketing-wise…? 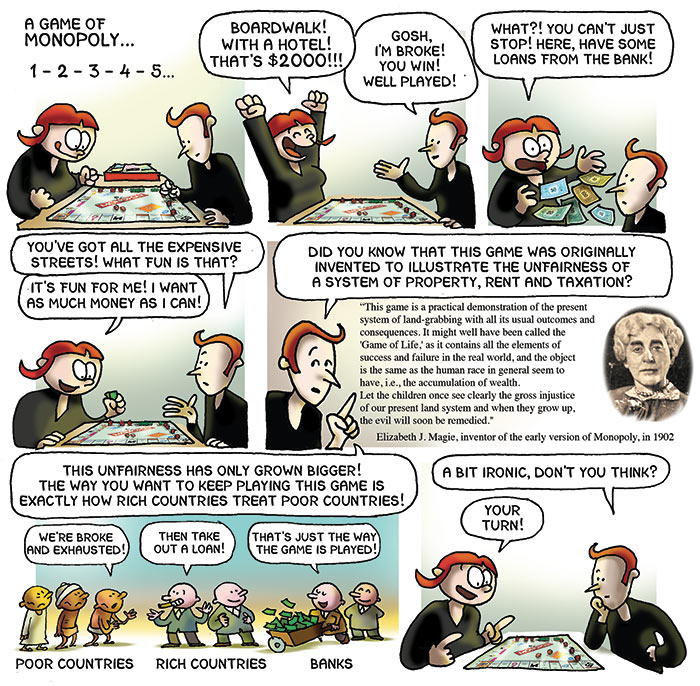